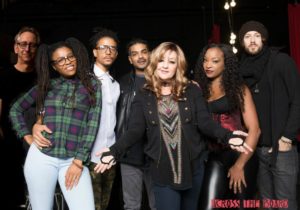 Toronto-based rock band Across The Board wins three Silver Medals in the worldwide music competition.

TORONTO, ON, CANADA, July 2, 2019 — Since the band’s inception in 2013, Toronto’s Across The Board has been racking up the accolades and clearing space in their trophy cases for a multitude of industry awards. A short list of accomplishments includes a 2019 Canadian GMA Covenant Award nomination (the Canadian equivalent to a Dove Award,) a Top 5 iTunes Rock chart Song, several Josie Music Awards nominations, a Radio Music Award, and multiple Indie Music Channel Awards, to name a few.

ABOUT ACROSS THE BOARD: Across The Board (ATB) is an award-winning “Canadiana” rock band of multi-instrumentalist musicians who seamlessly combine creative talents to push their pop-rock sounds to the edge of the rock ‘n roll envelope with rootsie influences from roots, pop and classic rock that create the band’s signature indie rock sound.