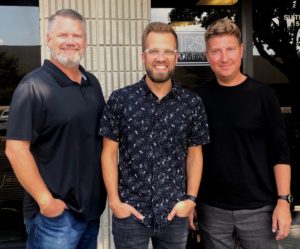 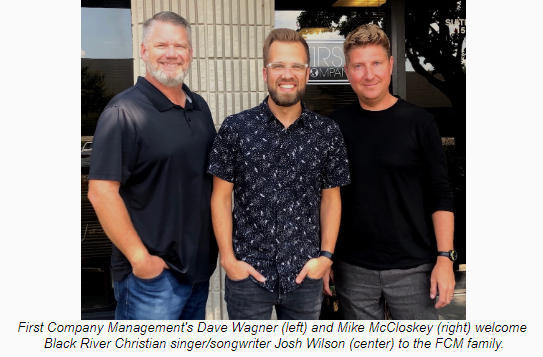 “I’ve been searching for the right manager for a while now, and I can say that Mike McCloskey was well worth the wait,” said Wilson. “He’s insightful, talented, creative and kind. He knows the music business well and knows that at the end of the day, it’s all about people and relationships. I’m honored to be working with him and can’t wait to see what’s next.”

“Our First Company team couldn’t be more excited and honored to partner with Josh Wilson,” said McCloskey. “The success he’s achieved so far is remarkable, and we know he’s only getting started!”

Named ASCAP’s Christian Songwriter/Artist of the Year in 2012, Josh Wilson has garnered two #1 hits—”Jesus Is Alive” and “Before The Morning”—as well as multiple Top 10 singles, including “That Was Then, This Is Now,” “Savior, Please” and “I Refuse.” Writing or co-penning all five tracks on his latest release, Don’t Look Back, the project features the Top 10 hit “Dream Small” and Top 20 hit “Borrow (One Day At A Time).” Wilson’s latest single, “OK,” is impacting Christian radio formats today and is also available digitally.

In addition, Wilson—who has toured with some of Christian music’s biggest artists, including Casting Crowns, Matthew West and Steven Curtis Chapman—is set to host and headline “The Roadshow Futures Tour” this fall.