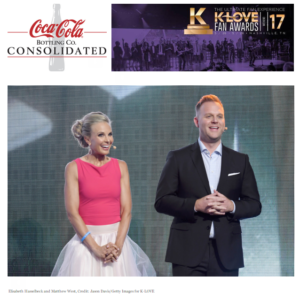 To kick of the K-LOVE Fan Awards Weekend, fans came from all over the country to the Opryland Hotel in Nashville, Tenn. beginning on Friday afternoon to participate in concerts, breakout sessions, a songwriter showcase and artist autograph signings, as well as K-LOVE’s 5K, Run For Love, in partnership with the Hands and Feet Project. The weekend gave fans the chance to interact with some of their favorite artists, building anticipation for last Sunday’s event.

Unique to this year, the K-LOVE Fan Awards partnered with the Military Warriors Support Foundation (MWSF). All votes for this year’s awards went towards placing a combat wounded hero or Gold Star spouse into a move-in ready, mortgage-free home. Before the awards show, heroes from the MWSF and their families walked the red carpet alongside some of their favorite artists. 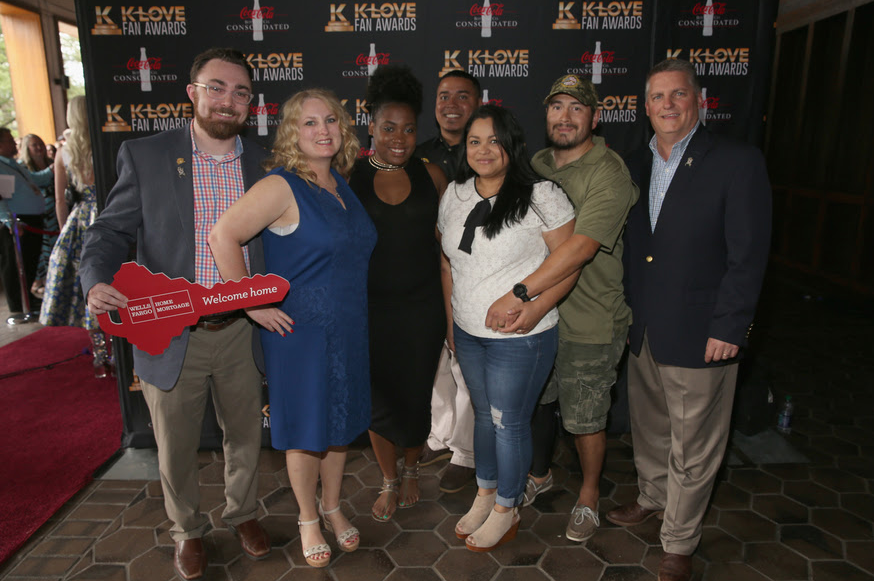 About The K-LOVE Fan Awards:
The K-LOVE Fan Awards mission is to create a fan experience that celebrates and promotes artists, athletes, authors and entertainers who, with excellence, engage and impact popular culture for Jesus Christ. This year’s show includes the return of co-hosts Elisabeth Hasselbeck and Matthew West. Coca-Cola Consolidated is the sponsor for The 2017 K-LOVE Fan Awards.  For more information visit www.KLOVEFanAwards.com. The K-LOVE Fan Awards is a regional EMMY® (2016) winning John Sanders LLC/Eidon Event.

About K-LOVE:
The K-LOVE Radio Network creates compelling media that inspires and encourages you to have a meaningful relationship with Christ. With 531 total signals in 48 states, K-LOVE is enjoyed by millions of people across the country every week in markets including New York City, Chicago, Nashville, Philadelphia, Miami, Denver and many more. The K-LOVE Fan Awards mission is to create a fun, unique and meaningful fan experience that celebrates and promotes artists, athletes, authors and entertainers, who, with excellence, engage and impact popular culture for Jesus Christ.

About Fathom Events:
Fathom Events is recognized as the leading domestic distributor of event cinema with participating affiliate theaters in all 100 of the top Designated Market Areas®, and ranks as one of the largest overall distributors of content to movie theaters. Owned by AMC Entertainment Inc. (NYSE: AMC), Cinemark Holdings, Inc. (NYSE: CNK) and Regal Entertainment Group (NYSE: RGC) (known collectively as AC JV, LLC), Fathom Events offers a variety of one-of-a-kind entertainment events such as live, high-definition performances of the Metropolitan Opera, dance and theatre productions like the Bolshoi Ballet and National Theatre Live, sporting events like Copa America Centenario, concerts with artists like Michael Bublé, Rush and Mötley Crüe, the yearlong TCM Big Screen Classics film series and inspirational events such as To Joey With Love and Kirk Cameron’s Revive US. Fathom Events takes audiences behind the scenes and offers unique extras including audience Q&As, backstage footage and interviews with cast and crew, creating the ultimate VIP experience. Fathom Events’ live digital broadcast network (“DBN”) is the largest cinema broadcast network in North America, bringing live and pre-recorded events to 896 locations and 1,383 screens in 181 DMAs. For more information, visit www.fathomevents.com.

About Military Warriors Support Foundation:
Military Warriors Support Foundation (MWSF) is a 501(c)3 non-profit, founded by Lt. General, Leroy Sisco, (Ret), in 2007. Their mission is to provide support and programs that facilitate a smooth and successful transition for our Nation’s combat wounded heroes and Gold Star families. This is a very fragile time for these heroes, and their families, and it can be difficult for many. Our programs focus on housing and homeownership, employment, as well as recreational activities and transportation assistance.