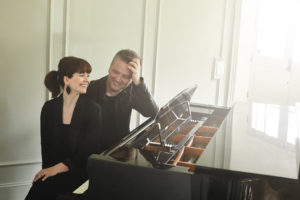 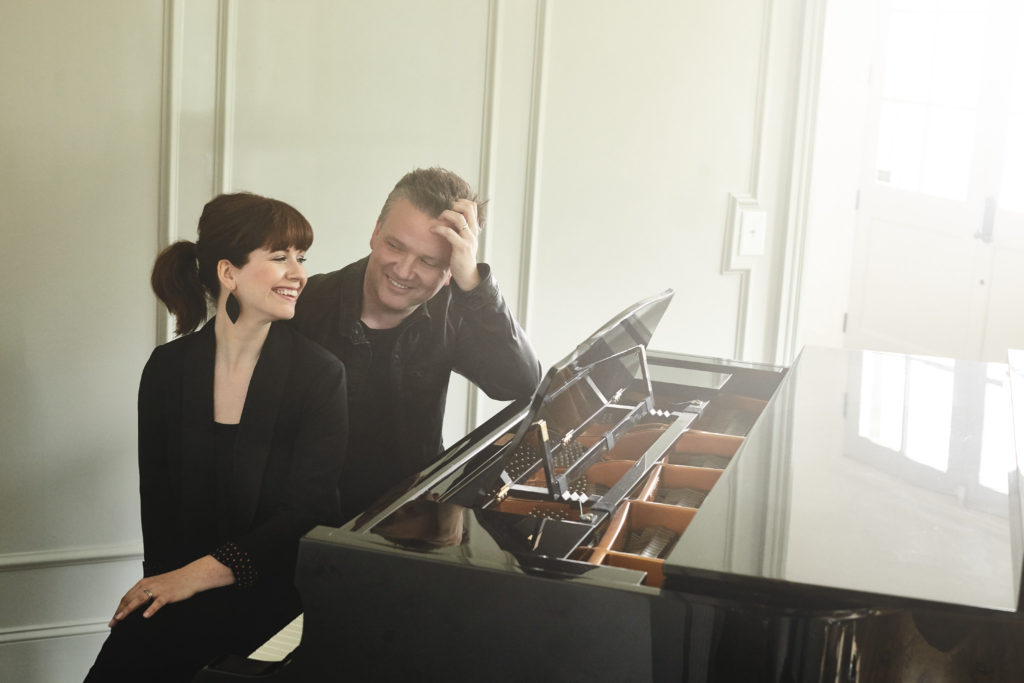 NASHVILLE, Tenn. (Oct. 16, 2019) — At last night’s 50th Annual GMA Dove Awards, Keith and Kristyn Getty won the Dove Award for “Inspirational Album of the Year,” for their EP “North Coast Sessions.” The eight-track EP, produced by Keith & Kristyn with Fionán Barra was their first collection based on the Psalms. The Gettys wrote and recorded this album in collaboration with songwriters and worship leaders like Stuart Townend and Matt Papa. The modern hymn writers are currently on their SING! 2019 Fall Tour; Getty Music’s Josh Sutton and Greg McNey accepted the award on their behalf. Celebrate this win with the Gettys and listen to their “North Coast Sessions Dove Awards Edition” Playlist on Spotify.

The Gettys, whose accolades include being the first Christian musicians to receive the OBE from Queen Elizabeth last year, said, “What an honor to be recognized by the members of the Gospel Music Association. Kristyn and I are so grateful for the whole team at Getty Music and our amazing band who put this project together. It is one of the great privileges of our lives to walk the one road in the same direction with so many wonderful people. “The North Coast Sessions” album was a project created to launch a new chapter in our professional lives of setting the Psalms to music and has become the passion of our writing during this season. It was made even more special by recording the album in my father’s hometown of Bushmills, along the north coast of Northern Ireland, where he began his career as a church musician. In that same spirit, Kristyn and I have dedicated our careers to helping the Church learn its faith through the songs it sings, and we are thrilled to see so many people respond to this vision.

To learn more about “North Coast Sessions,” click here. See the Gettys live on their SING! 2019 Fall Tour or this December on their SING! An Irish Christmas Tour. For tour information, visit https://www.gettymusic.com/tours.

ABOUT KEITH & KRISTYN GETTY
Keith and Kristyn Getty occupy a unique space in the world of music today as preeminent modern hymn writers. In re-inventing the traditional hymn form, they are creating and cultivating a catalog of songs teaching Christian doctrine and crossing the genres of traditional, classical, folk and contemporary composition which are sung the world over. In 2017, Keith Getty was made an “Officer of the Order of the British Empire” (OBE) by Queen Elizabeth II for his contribution to “music and modern hymn writing,” marking the first time the award had been given to an individual involved in the world of contemporary church music. Keith and Kristyn Getty are the authors of “Sing! How Worship Transforms Your Life, Family, and Church,” published in 2017 by B&H Publishing Group.

Bringing their world-famous and unique blend of Irish/American bluegrass and modern approach to traditional hymns, Getty Music has given us timeless treasures for the church and the Christian life. From classics like “In Christ Alone” and “The Power of the Cross” to several albums recorded especially for children and the family, all ages are sure to enjoy their inclusive feel to their musical performance and world-class professional tour. For more information on Getty Music and the Sing! initiative, visit www.gettymusic.com.