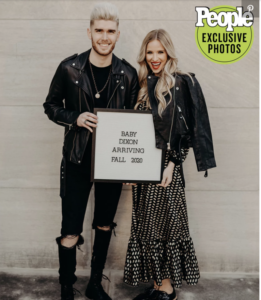 Dixon and his wife of four years, Annie, are expecting their first child together this fall

Nashville, TN – February 13, 2020 – Today, PEOPLE helped share the exclusive news that Colton Dixon and his wife of four years, Annie, are expecting their first child together this fall.

“PEOPLE helped us share our engagment, wedding and honeymoon news, so it was only natural that we wanted to partner with them to share this incredibly special next step for us,” Colton remarked.

Glad that their secret is now out there, Dixon told the outlet, “Becoming a dad is something I’ve always looked forward to.  Whether seeing other kids with their parents or reminiscing on the times I had with my own when I was young, these are moments to be cherished.  Annie and I are ecstatic about this exciting new chapter!  We are also relieved that this is no longer a secret.”

Annie added that their baby on the way “is truly a dream come true,” telling PEOPLE, “As a first-time mom, I’ve felt really vulnerable navigating this new territory, but the kindness from fellow moms has help put me at ease, along with the support of my husband. I think I will be able to understand life in new ways, and though I know it’s a big learning curve, I’m excited for the next chapter,” she continues. “Colton and I have always wanted children. We’ve always said, ‘One day.’ And that day is here! I am so grateful for this gift of bringing a child into the world! 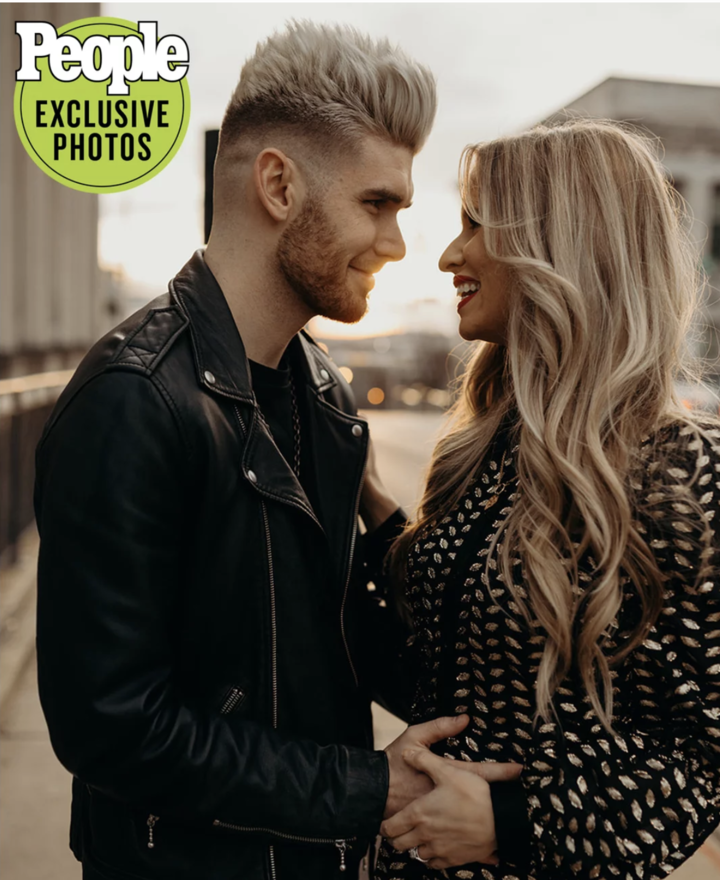 “Little did he know, but Dixon’s first new single in three years, and debut with Atlantic Records, is the perfect song to coincide with the couple’s big news. “Miracles” is quickly making an impact at Christian radio and the lyrics talk about how some things are more than coincidence, that there’s more to life than meets the eye, and that miracles happen all around us every day.

ABOUT COLTON DIXON:
Colton Dixon quickly became a household name in 2012 when he was voted a fan favorite and made it to the top seven on Season 11 of Fox’s hit show AMERICAN IDOL. His career has been on the fast track ever since, now boasting over 100 million streams across all platforms. Dixon’s 2013 debut, A Messenger, set the record for biggest first-week sales by a new solo Christian act, becoming the No. 1 selling album by a new Christian artist. Dixon is also a Steinway & Sons artist, following in the footsteps of legendary artists such as Harry Connick, Jr. and Billy Joel. Dixon’s sophomore effort Anchor included the most played Hot AC single of 2014, “More Of You,” which spent three weeks at No. 1, as well as “Through All of It,” his fourth consecutive No. 1 at Hot AC Radio. In 2013, Dixon won a Dove Award for Best Rock/Contemporary Album Of The Year, along with two additional nominations. In 2015, Anchor was honored with the Dove Award for Rock/Contemporary Album of the Year. Dixon received back-to-back K-LOVE Fan Award nominations for Male Artist of the Year in 2014 and 2015, followed by the release of his third studio album Identity, which included the top 5 single “All That Matters,” whose video was premiered by PEOPLE magazine. Dixon’s first new music in three years, the single “Miracles,” is available now.