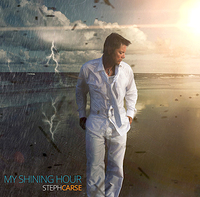 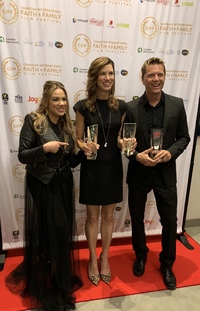 According to Carse, “Being a part of the CIFF for the second year in a row was an incredible experience. My favorite part of the event was getting to perform the song with Melodie Joy during the awards ceremony. HOW GREAT THOU ART is such an impactful song with a powerful message of worship. It was a highlight to share that moment with this impressive group of filmmakers.”
The award-winning video can be viewed here: https://youtu.be/BnrdHY–mBo.

A native of Montreal, Quebec, Steph began developing his four-octave range by performing at concerts across the country and received a JUNO Award Nomination for Male Vocalist.

As a songwriter, performer and recording artist, Carse has sold over 500,000 albums worldwide and received a 5-star review for his 36-show run in Las Vegas from Jerry Fink of “The Las Vegas Sun.” In 1998, Carse achieved another career milestone when he performed at the ribbon-cutting for Portofino Universal Studios Florida, backed by a 25-piece orchestra and choir.

As a television producer, Carse won 5 awards from The Florida Motion Picture and Television Association, including Best Feature Film and Best Male Vocalist, for the one-hour TV special “Reach Out” that he produced for PBS.

He continues, “It’s exciting for me to see Christian work being recognized internationally. CIFF is becoming a great platform for many Christian artists and filmmakers. One of the highlights for me was also to meet Graham Greene. He was my dad’s favorite actor (Dances with Wolves, Maverick…).”

Carse is currently performing his catalog in concert while also touring schools for his anti-bullying campaign Y i Count. His “My Shining Hour” TV Special will be available on PUREFLIX on December 1st and is available immediately in various formats at StephCarse.com and ChristianCinema.com.