News: THE COLLINGSWORTH FAMILY PARTNERS WITH SAMARITAN’S PURSE TO BRING HOPE AND HEALING TO A WORLD IN NEED 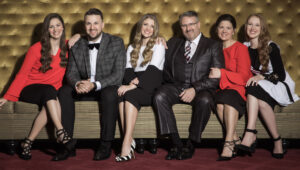 NASHVILLE, Tenn.—GRAMMY® Award-nominated StowTown recording artist The Collingsworth Family recently partnered with evangelical Christian humanitarian aid organization Samaritan’s Purse for “Sunday Night Worship Around The Piano,” a Facebook LIVE concert from the family’s Mt. Orab, Ohio, home. More than 513,000 people have viewed the event to date, which The Collingsworth Family created to help Samaritan’s Purse raise funds for their work in the United States and around the world fighting the COVID-19 pandemic.

The livestream featured the award-winning family ensemble’s signature harmonies and included classic hymns and songs of faith; their timely new single, “Joy Has Not Been Cancelled,” penned by Kim and inspired by a recent devotional from Lysa TerKeurst; and a reading of Psalm 33.

“Samaritan’s Purse is grateful for the support and generosity from The Collingsworth Family,” said Franklin Graham, president of Samaritan’s Purse. “As the world is facing this coronavirus pandemic, they are not only encouraging and blessing people with their music, but they are also using their talents to be a part of helping others. We are thankful for this tremendous gift, which is supporting our work in running Emergency Field Hospitals in New York City and Cremona, Italy, the two hardest hit areas.” 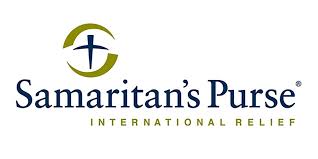 “Ever since we were invited to do Christmas concerts with Cliff Barrows in 2014, we have returned every year to perform at The Cove, a ministry of the Billy Graham Evangelistic Association,” Phil Colllingsworth said. “So we just knew that Franklin Graham’s Samaritan’s Purse was the right partner for this event. We are in such a crisis right now; when we were choosing the songs to share, Samaritan’s Purse had trucks on the way to New York City to set up field hospitals.”

“When we first realized we were going to need to stop traveling and stay home because of the pandemic, we asked God what He would have for us to do,” added Kim Collingsworth. “We decided we wanted to do something to encourage our friends and listeners as we all struggle with challenges during this season. We also wanted to open our hands, and bless those who are on the frontlines of this crisis. Sharing this evening with folks around the world was a reminder to us that God is doing some unexpected things in the midst of unimaginable hardship and uncertainty.”

The Collingsworth Family’s “Sunday Night Worship Around The Piano” can be viewed here, and donations can still be made to assist with Samaritan’s Purse COVID-19 relief efforts. One hundred percent of every donation will go towards helping those impacted by the pandemic.

About The Collingsworth Family
With a GRAMMY® Award-nomination, a GMA Dove Award and multiple Singing News Fan Awards to their credit, StowTown recording artist The Collingsworth Family is among Gospel Music’s most beloved family groups. Multi-faceted musicians whose sole purpose is offering their talent back to God as a sacrifice of praise, the family is comprised of Phil & Kim Collingsworth and their children, Brooklyn (Blair), Courtney (Metz), Phillip and Olivia. In addition to their signature harmonies, several family members are acclaimed instrumentalists in their own right: Kim on piano; Brooklyn and Courtney on violin; and Phil Sr. on trumpet. The Collingsworth Family has performed at The White House; the Billy Graham Training Center at The Cove; and at multiple Gaither Homecoming events around the country. 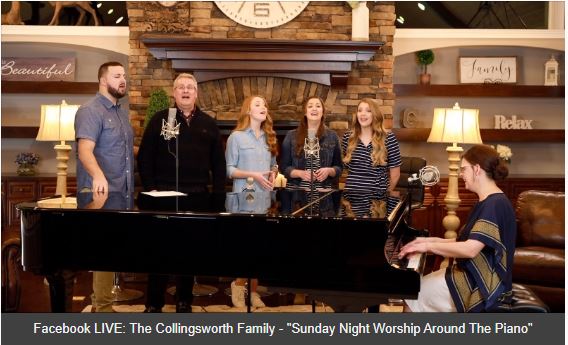