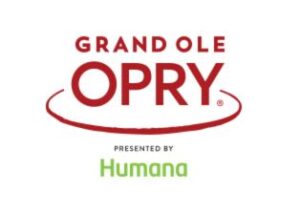 NASHVILLE, Tenn. – (April 7, 2020) –The Grand Ole Opry plans to host a special Easter celebration on this Saturday’s 4,919th consecutive Saturday night broadcast of the long-running show. Trace Adkins, an Opry member since 2003, is scheduled to host and perform on the show on Circle Television. Adkins will be joined by two-time Grammy winner Jason Crabb and Grammy-nominated T. Graham Brown.

“As people around the world prepare for an Easter weekend like none of us have ever seen before, we’re thrilled that three of the most soulful voices to ever visit the Opry stage have signed on to bring community and great music to us this Saturday night,” said Dan Rogers, Opry vice president and executive producer. “I know they’ll deliver not only their hits, but also some praise and hope from the Opry stage to fans worldwide.”

The Opry will be broadcast live Saturday, April 11 at 8 PM ET / 7 PM CT on Circle, and on Gray TV stations, DISH Studio Channel 102, Sling TV and other TV affiliates in addition to a companion live stream on Circle All Access Facebook and YouTube channels. TV and radio personality Bobby Bones will host the Circle telecast, while Opry announcer Charlie Mattos will join the Opry’s radio audience at the announcer podium. Embracing today’s technology, the Opry will be broadcast and streamed with a very small production team. The show’s artists will perform acoustically at a recommended social distance across the Opry stage.

Since the Saturday night Opry telecast will be an Easter celebration, the one-hour show will be re-broadcast on Circle Television on Easter Sunday 10 ET/ 9 CT and 6:30 PM/ 5:30 ET.

Circle will host Circle Sessions, a 30-minute pre-show livestream with Mercury Nashville’s platinum-selling female duo Maddie & Tae at 7:30 PM ET / 6:30 PM CT. The duo is releasing their highly anticipated sophomore album The Way It Feels on April 10, and Circle Sessions will livestream across Circle All Access digital streaming platforms only.

Fans around the world can also tune in to the broadcast on the Opry’s flagship radio home, 650 AM-WSM and several other outlets.

Opry fans are invited to contribute to the Opry’s #UNBROKEN charitable campaign which raises money for the MusiCares COVID-19 Relief Fund. The fund benefits artists and musicians struggling through the pandemic– some of the very people who write, make and create the music that has kept the music alive on the Opry stage for almost 95 years. Fans can donate via text UNBROKEN to 41444.

With Nashvillians at home under Nashville Mayor John Cooper’s “Safer at Home” order and live shows paused at the Grand Ole Opry to help reduce the spread of COVID-19, this Saturday’s performance will once again take place without a live audience. Grand Ole Opry management has worked closely with Nashville’s Director of Health to bring the show live to millions around the world while following strict safety protocols under the guidance of local health professionals.

Millions of fans in dozens of countries around the world have tuned in live over the past three weeks to video stream or listen as the circle remained unbroken. Opry members Bill Anderson, Jeannie Seely and Connie Smith as well as Mandy Barnett, Michael Cleveland & Flamekeeper and Sam Williams took to the stage on March 14 as the Opry show went on the air without a live ticketed audience. On March 21, Opry members Vince Gill, Brad Paisley and Marty Stuart performed acoustically from the Opry House stage. On March 28, Gill returned to the stage to perform acoustically with members of his family: wife Amy Grant and daughters Jenny Gill and Corrina Grant Gill. Last week’s show featured Opry member Terri Clark, plus Lauren Alaina and Ashley McBryde.

About the Grand Ole Opry
To plan an Opry visit, call (800) SEE-OPRY or visit opry.com. The Opry presents the best in country music live every week from Nashville, Tenn. Celebrating nine decades of entertainment, the Opry can be heard at opry.com and wsmonline.com, Opry and WSM mobile apps, SiriusXM Satellite Radio, and its flagship home, 650 AM-WSM. The Grand Ole Opry is owned by Ryman Hospitality Properties (NYSE: RHP). For more information, visit opry.com.

For more details and to find out if Circle is available in your market, please visit www.CirclePlus.com For more information about Circle, please contact: info@circleplus.com