News: THE ERWINS STEP INTO THE SPOTLIGHT AT NRB 2021 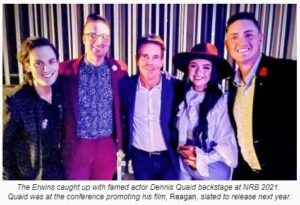 THE ERWINS STEP INTO THE SPOTLIGHT AT NRB 2021

NASHVILLE, Tenn.—GRAMMY®-nominated and Dove Award-winning StowTown recording artist The Erwins took center stage at the National Religious Broadcasters Convention (NRB), held recently at Dallas’ Gaylord Texan Resort. Making their first appearance at NRB, the acclaimed sibling vocal group performed selections from their latest recording, This Is Love, at the conference’s opening session, which also featured keynote addresses from Dr. Mark Jobe, president of Moody Bible Institute, and author/speaker/podcaster Paula Faris, known for her tenure as co-anchor of “Good Morning America Weekend” from 2014-2018, and as co-host of “The View” from 2015-2018. 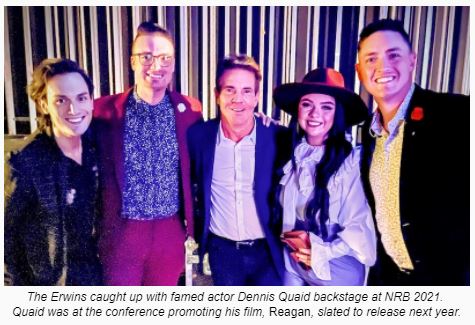 While at NRB, The Erwins made a number of high-profile media appearances, including live interviews on such national radio broadcasts as “The Todd Starnes Show” and “Bill Martinez Live,” among others. In addition, international Christian missions media ministry TWR (Trans World Radio) hosted a reception for the group, during which they performed and met with NRB attendees. 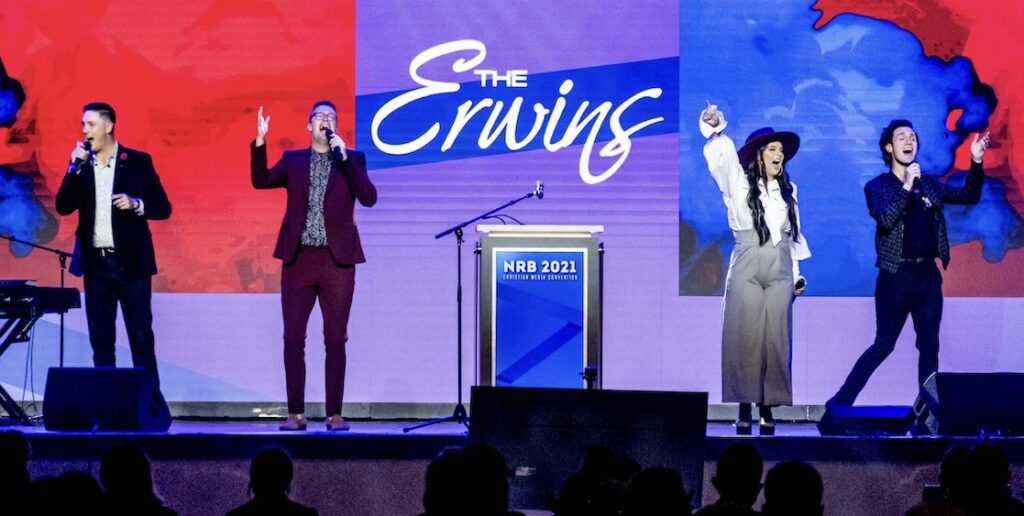 ABOUT THE ERWINS
Keith, Kody, Kris and Katie Erwin have been singing together their entire lives. They grew up performing in countless churches and at events around the country with their parents, who have served as full-time evangelists for more than 40 years. The group’s 2011 debut, What Really Matters, featured the Erwin brothers, with Katie officially joining the lineup later that year on the follow-up project, Jesus In A Song.

In the decade since, The Erwins have released seven subsequent recordings, as well as the 2021 GRAMMY®-nominated project, What Christmas Really Means. They earned a 2020 Dove Award for Southern Gospel Recorded Song of the Year for “The Power Of An Empty Tomb,” and The Erwins have been featured on various multi-artist collaborations, including Fanny Crosby: Newly Discovered Hymns and Songs, a StowTown Records release showcasing selections by Jason Crabb, Ernie Haase & Signature Sound, The Collingsworth Family, Charles Billingsley and Rhonda Vincent, among others.