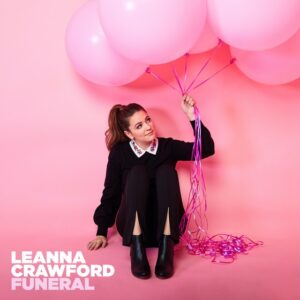 7 February 2020 – Franklin, TN – Singer, songwriter, and touring artist Leanna Crawford announces the release of her new single, “Funeral,” available now at all digital formats. A lyric video also drops today, which can be viewed here or below. “Funeral” is the first radio single to release from Crawford’s EP slated to release this spring with Story House Collective/Provident Label Group.

The poignant track sings about our identity and knowing who we are in Christ. Although the title appears to offer a somber tone, the beat and lyrics for “Funeral” are anything but—an intentional musical decision, considering what the funeral is actually for as the chorus sings:

Inspired by 2 Corinthians 5:17 (“Therefore, if anyone is in Christ, the new creation has come: The old has gone, the new is here!”), the song invites everyone to a funeral they actually want to attend. “It’s saying ‘I’m throwing a funeral to the insecurities, the lies, to my past, to the idea that I’m not good enough,’” she explains.

Crawford’s upcoming self-titled project is filled with even more songs that speak honestly about doubt and insecurities, and most of all the hope Christ offers in our darkest moments. Listeners will surely find solace in the lyrics and power from her captivating vocals while enjoying contagious, pop-inspired beats. 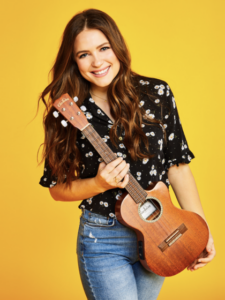 ABOUT LEANNA CRAWFORD: Recently it was announced that Leanna Crawford signed as the first artist with Story House Music, helmed by multi-award-winning artist Matthew West, in partnership with Provident Label Group.

For the past two and a half years, the singer-songwriter has been writing, touring, and performing with some of the biggest names in the Christian music industry. She’s gained more experience than many artists do in a decade, and her grounded and honest lyrics make her feel more friend and confidante than a star, more approachable than untouchable.

Crawford, who grew up in rural Washington, began playing shows more than three years ago and to date, has already shared the stage with Matthew West, Michael W.  Smith, Matt Maher, and Jeremy Camp. She debuted a six-song EP in 2018 as well as two Christmas tunes last year and is ready to release her self-titled EP with PLG/Story House Music in the spring of 2020.

ABOUT STORY HOUSE MUSIC: Earlier this spring, Provident Label Group/Sony Music announced the signing of Matthew West, the multi-award-winning artist, songwriter, author, and well-known storyteller, to their roster. In conjunction with their partnership was the newly created imprint Story House Music, mirroring West’s management company, Story House Collective. With support from Provident, the goal is for West to develop and launch young artists’ careers through the new imprint. They are honored to announce the signing of Leanna Crawford as their first artist. For more information please visit StoryHouseCollective.com.