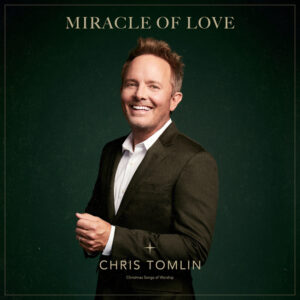 Nashville, TN – (October 9, 2020) – GRAMMY ® winning artist Chris Tomlin is releasing a new Christmas EP TODAY, Miracle Of Love: Christmas Songs of Worship. Chris revealed the release of the music and the inspiration behind the EP exclusively with People Magazine. Read the story HERE and find how the new baby the Tomlin’s are expecting to arrive by Christmas motivated him to write the title track “Miracle Of Love.” Get the EP HERE.

“Christmas is the great surprise to the world, and personally this Christmas continues in the spirit of unexpected gifts. When I found out that my wife and I are expecting our third child this December, I was surprised… to say the least,” said Chris. “Around the same time, I was starting to write music for this Christmas project and as I sat down the concept came so quickly. Christmas is about celebrating a gift from God, a surprise child for Joseph and Mary, a true Miracle Of Love. For me, it is another gift to be able to write a song about the surprise of our third baby girl and the parallel story of the birth of Jesus. As a songwriter, I felt so inspired and loved how each line of the song could have a double meaning.”

2 “All The World Awaits (Hosanna)”

3 “Christmas Day” (feat. We The Kingdom)

4 “His Name Is Wonderful”

Miracle Of Love: Christmas Songs of Worship follows Chris’ #1 debuting album Chris Tomlin & Friends. That project includes 13 tracks with Chris featuring superstars Florida Georgia Line, who also executive produced the album, Lady A and Thomas Rhett as well as several of today’s biggest country music artists including Russell Dickerson, Chris Lane, RaeLynn, Cassadee Pope and Brett Young in addition to Bear Rinehart of NEEDTOBREATHE, Blessing Offor and We The Kingdom. The album debuted at #1 on Billboard’s Christian Albums Chart, at #5 on Billboard’s Digital Albums Chart and #9 on Billboard’s Top Current Albums Chart. Chris Tomlin & Friends includes two songs that hit Spotify’s US Viral 50 chart, “Thank You Lord” and the current #2 song on Billboard’s Christian Airplay chart, “Who You Are To Me.”

Chris is currently nominated for his first-ever Country Music Association Award in the Music Event of the Year category for Thomas Rhett’s “Be A Light” with Reba, Hillary Scott, and Keith Urban. “The 54th Annual CMA Awards” will broadcast live on Wednesday, Nov. 11 8:00 – 11:00 PM/EST on ABC. 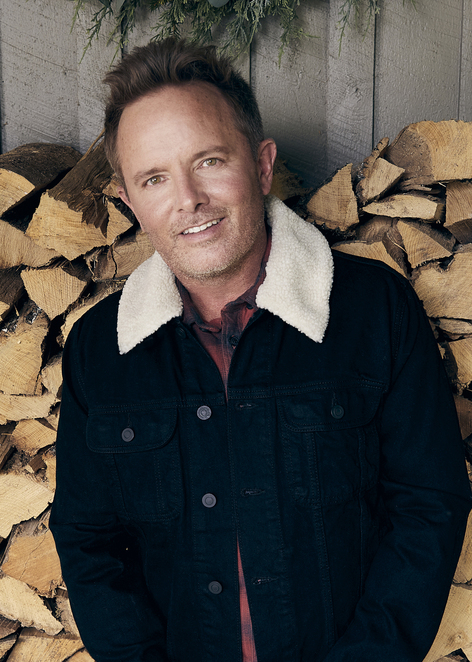 About Chris Tomlin
It is estimated that 20-30 million people across the world sing one of Chris’ songs every week in church services in nearly every language. Time magazine heralded him as the “most often sung artist in the world” as his music has inspired and uplifted an entire generation of believers. Along the way, he’s scored 16 Number one singles at radio, sold more than nine million albums, earned a Grammy, three Billboard Music Awards, 21 Dove Awards and became a two-time BMI Songwriter of the Year honoree. In 2016, he was named one of only four artists ever to receive the Sound Exchange Digital Radio Award for over 1 Billion digital radio streams, alongside Justin Timberlake, Pitbull, and Garth Brooks. Chris is also the first Christian artist to reach the Billion streams threshold on Pandora and was presented with their BILLIONAIRE award in 2019. His tours have sold-out venues everywhere, including New York City’s Madison Square Garden, Hollywood Bowl in Los Angeles, Nashville’s Bridgestone Arena and Red Rocks.