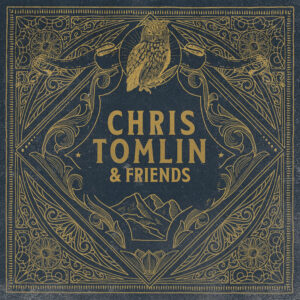 Nashville, TN – (August 10, 2020) – GRAMMY ® winning artist Chris Tomlin debuted his thirteenth studio album, Chris Tomlin & Friends, at #1 on Billboard’s Christian Albums Chart this week. The album also landed at #5 on Billboard’s Digital Albums Chart and #9 on Billboard’s Top Current Albums Chart. The album’s debut radio single feat. Lady A, “Who You Are To Me,” currently lands at #10 on the Christian Airplay chart and has become one of the fastest rising singles of Chris’ career. The song has spent each of the last four weeks as Most Added at Christian radio. The album also includes two songs that hit Spotify’s US Viral 50 chart, “Thank You Lord” and “Who You Are To Me.” Chris’ additional chart success includes him as a featured artist, along with Reba, Hillary Scott and Keith Urban, on Thomas Rhett’s “Be A Light” single at country radio, now breaking into the Top 5.

“Working with the artists on this record has been an incredible dream come true,” says Chris. “As our friendships grew from writing the songs together to recording them, we all realized what a powerful role we would each have introducing this music to our respective genres. It’s been really exciting to step into different places that my music would have never gone before.”

Through an in depth feature with Music Row Magazine Chris revealed the origins of music for him as a child. “All I ever wanted to do was be in country music as a kid. My dad would play country and that’s what I thought it would be and then I started getting really involved with music through my church and found that God had given me a gift to write simple songs that people could sing and the rest is history.”

Eonline.com wrote the album “builds a bridge between country and Christian music while also delivering messages of hope…this project was built on genuine friendships and in-person collaborations.” When Chris interviewed with American Songwriter he said it started as a desire to write songs with people he’d always hoped to work with and then the songs became a full album which he says “is a picture of the DNA of everyone involved.” Country Now claims, “in isolated times, Chris’ new collaborations project finds fellowship.”

The 13 track project features Chris with super stars Florida Georgia Line, who also executive produced the album, Lady A and Thomas Rhett as well as several of today’s biggest country music artists including Russell Dickerson, Chris Lane, RaeLynn, Cassadee Pope and Brett Young in addition to Bear Rinehart of NEEDTOBREATHE, Blessing Offor and We The Kingdom. The album was executive produced by Florida Georgia Line. Corey Crowder produced 12 out of 13 tracks with David Garcia producing one track and Ed Cash and Dave Haywood each co-producing one. 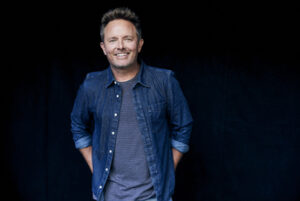 It is estimated that 20-30 million people across the world sing one of Chris’ songs every week in church services in nearly every language. Time magazine heralded him as the “most often sung artist in the world” as his music has inspired and uplifted an entire generation of believers. Along the way, he’s scored 16 Number one singles at radio, sold more than nine million albums, earned a Grammy, three Billboard Music Awards, 21 Dove Awards and became a two-time BMI Songwriter of the Year honoree. Time magazine heralded Chris as the “most often sung artist in the world.” In 2016, he was named one of only four artists ever to receive the Sound Exchange Digital Radio Award (to confirm the only winners still) for over 1 Billion digital radio streams, alongside Justin Timberlake, Pitbull and Garth Brooks. Chris is also the first Christian artist to reach the Billion streams threshold on Pandora and was presented with their BILLIONAIRE award. His tours have sold-out venues everywhere, including New York City’s Madison Square Garden, Hollywood Bowl in Los Angeles, Nashville’s Bridgestone Arena and Red Rocks.