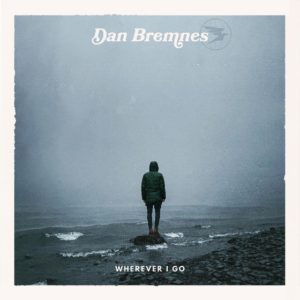 NASHVILLE, TENN. (SEPTEMBER 07, 2018) Award-winning singer/songwriter and world traveler Dan Bremnes releases his 7-song EP, Wherever I Go, today on Curb | Word Entertainment. Click here to listen or purchase the EP. This project is a collection of songs sharing the last four years and adventures from the Juno Award-winning artist and is his first project released on Curb | Word Entertainment. Along with the EP release, Bremnes is debuting a new music video for the song “The Way,” which he taped in Hawaii when he was there with his family. Directed by Juan Rodriguez, the video showcases Bremnes’ commitment to treating life as an adventure.

“It’s been three years since I released a record and I can’t believe the time is here,” shares Bremnes. “This album has been a long, sometimes difficult, but beautiful process and I’m so excited to share it with you. Each one of these songs is a piece of my story of the past four years, the ups, the downs, the questions and the journey. I pray that as you listen to these songs you are reminded that you aren’t alone and you’ve been invited into an adventure bigger than you could ever imagine.”

Proceeding this release, the EP has already produced two inspiring songs with stunning videos to accompany them. The title track sparked an eight-day trip documentary and music video around the world visiting Iceland, Italy, Jordan, Egypt, Dubai, India and China. The title track and current radio single, which has 1.2M+ on-demand streams, is Top 20 at radio and climbing, and shows no sign of slowing as it is also a Top 10 researching record across the U.S. The follow-up song, “How You Love Me,” produced this music video as a one take videotaped at the famed Sun Studios in Memphis, TN.

Fans can catch Bremnes this fall live as he joins Plumb and Unspoken on the We Are One Tour. Dates listed here.

Wherever I Go Track Listing

ABOUT DAN BREMNES: Dan Bremnes is a Nashville-based pop singer-songwriter, originally from Canada, who has circled the entire globe, visiting 26 countries during his lifetime. True to his heart for adventure, Bremnes produced a documentary telling the story of his trip around the world in eigh days. Touring and playing concerts in multiple countries, the Juno Award winner has played for more than a million people, and logged over 13M+ streams, 174.8M+ airplay audience, and over 1.1M+ YouTube views during his young career. 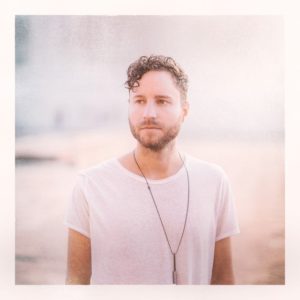