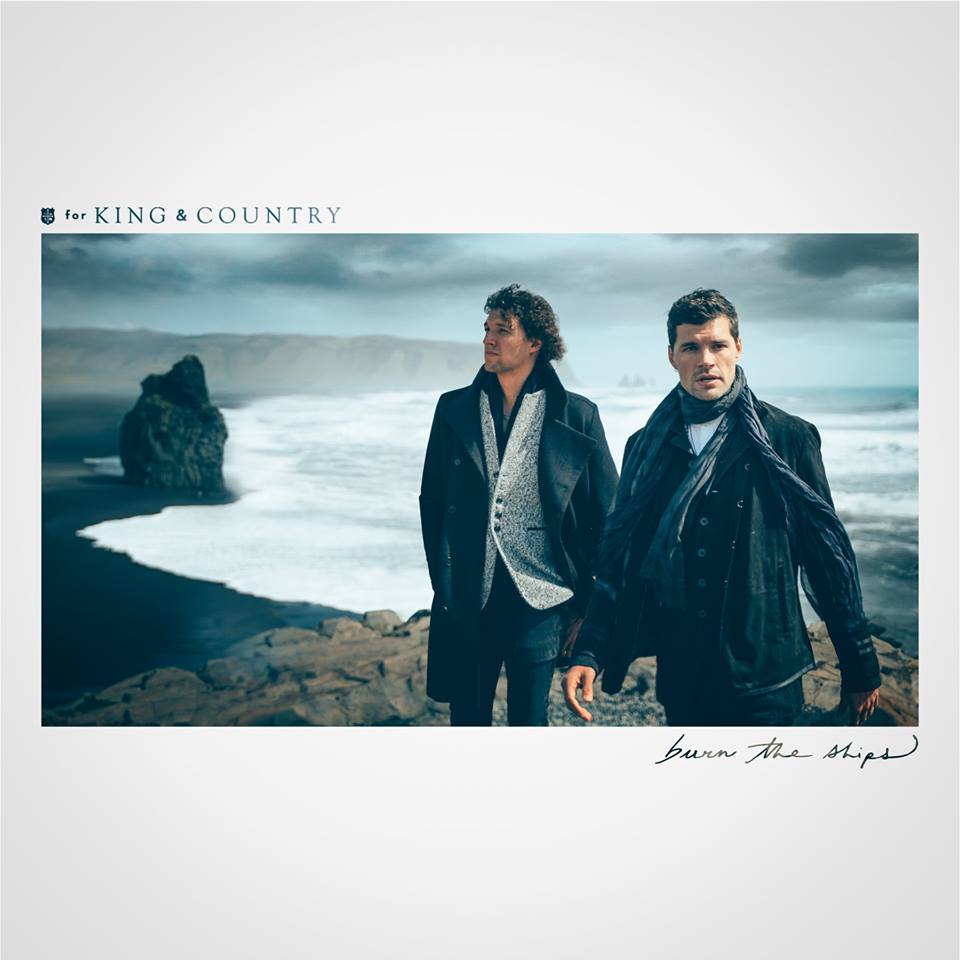 for KING & COUNTRY have just announced the release of their highly-anticipated third studio record Burn The Ships, which will be available from Word Entertainment/Curb Records on October 5, 2018.  The popular band consisting of brothers Joel and Luke Smallbone recently finished up their co-headlining gig with Christian rock heavyweights Skillet on the joy.UNLEASHED tour, where they debuted two brand-new songs from the upcoming record with “joy” and “God Only Knows”.  While on that tour, the band even recorded a ‘single shot’ video performing the single “joy” in front of a capacity crowd at the May 5, 2018 show at the Amway Center in Orlando, FL.  You can check that video out here.

In addition to the announcement of the new record, the band also released the official music video for the second song from Burn The Ships called “Pioneers”, a track that was filmed on location in beautiful Iceland and features duets with Joel and Luke’s wives, Moriah and Courtney.  Check that music video out here.

“Last month we had the chance to shoot a music video with our wives Moriah & Courtney for our new song, “pioneers” in the rugged and picturesque land of Iceland. With the both lush and volcanic backdrop it so well portrayed what it means to carry on as married couples.”

In all of the excitement of the news of the release of upcoming album, the band is planning on releasing a song each month leading up to the release of Burn The Ships.  You can pre-order the album now on iTunes and get instant downloads of the tracks “joy” and “Pioneers”.  Pre-order the new album on iTunes here.