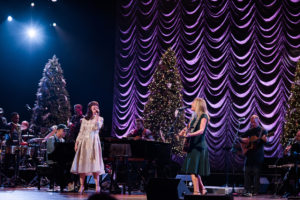 On Friday, October 11, Getty Music will release the new song “Elizabeth,” performed by Kristyn Getty and Ellie Holcomb, which tells the unheralded story of Elizabeth around the time of Mary carrying Jesus before birth. This focus track will be the included as part of the forthcoming live holiday album “Sing! An Irish Christmas – Live at the Grand Ole Opry House.” Modern hymn writer Kristyn Getty and Christian singer-songwriter Ellie Holcomb partnered together to write “Elizabeth,” inspired by her story as told in the Gospel of Luke. The song venerates Elizabeth’s faith in the Lord and the wonderful example she has set for so many generations of Christian women, especially mothers. This song will be included in “Sing! An Irish Christmas” airing on TBN this December. Listen to it on Spotify, Apple Music, Pandora, and Youtube Music. 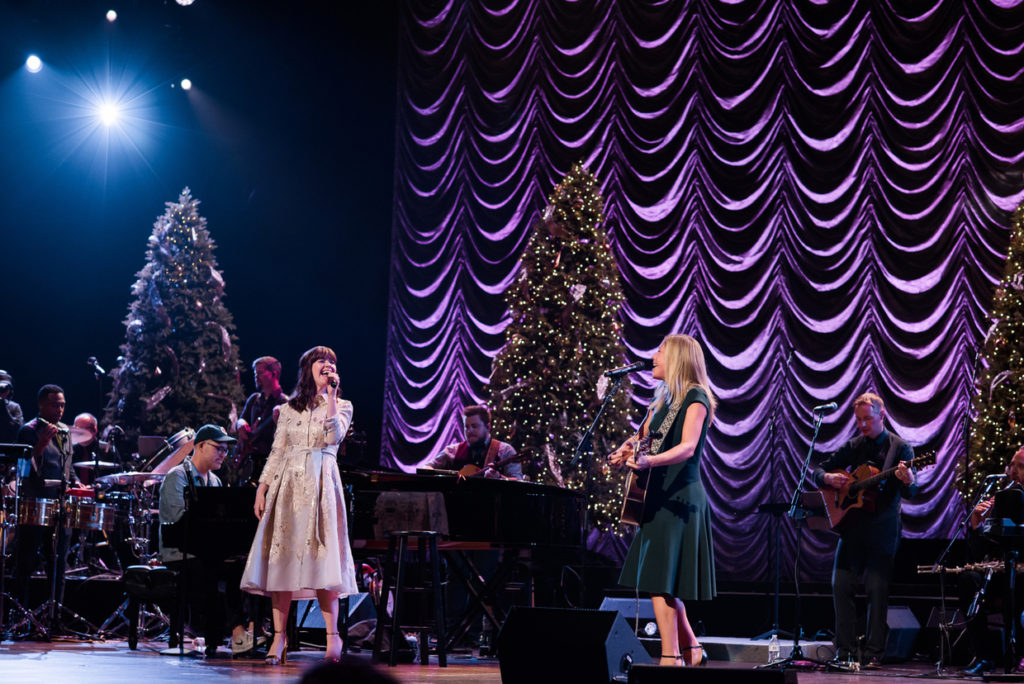 Kristyn Getty says, “We started reading Luke 1 together, two moms being inspired by the faith of Elizabeth, her patience in the timing of the Lord, her acceptance of His plan, her rejoicing over the coming of another woman’s baby, Mary’s Son, who would be her Savior. Real women in real-time with real living faith in the Lord. To get to sing it together was a wonderful gift as we spur each other on – two women, part of a new generation of mothers, praying that we may have holy courage and wisdom to walk in the footsteps of these faithful women who have gone before us”

Ellie Holcomb says,“I wrote this song with Kristyn the very first day that we met, and I just love it. ’Elizabeth’ is a song about a real woman in a real time who knew real ache, and ushering in a real thing that would change everything. I love how Elizabeth’s story points to the living hope we have in Christ, and I love this song because it reminds me to rest upon the wonderful promises that are fulfilled in Jesus.”

Hear these real women in real-time with real living faith in the Lord celebrate the story of Elizabeth now and again live on TBN “Sing! An Irish Christmas” airing this December.

ABOUT GETTY MUSIC
Keith and Kristyn Getty occupy a unique space in the world of music as leading modern hymn writers. In re-inventing and popularizing the traditional hymn form, the Gettys are championing a catalogue of songs that teach Christian doctrine and cross musical genres. Their hymns are sung throughout the world by an estimated 100 million people every year, with “In Christ Alone” (penned by Keith and Stuart Townend) anchoring their canon of globally-sung songs that includes more than seventy titles listed by CCLI in its US and UK top 2000 lists. Their hymn tours have played in churches and theatres internationally. They are regular guests at venues from the Grand Ole Opry House to the Royal Albert Hall, and have sung for presidents, prime ministers, and the recently-held UK National Prayer Breakfast at Houses of Parliament. This year they launched a new season of SING! arena events across the world, starting in their home towns of Belfast and Nashville. Keith and Kristyn continue to oversee the Getty Music organization with the SING! movement central to their future vision. Recent years have seen the launch of the Sing! book and the annual SING! conference in Nashville, and this year they launch a global online learning program and foundation with resources to help individuals, families, and churches sing. Keith was recently awarded Officer of the Order of the British Empire by Her Majesty Queen Elizabeth II – the first contemporary Christian musician ever to receive this honor. Together with their four daughters, Keith and Kristyn live between Northern Ireland and Nashville.

ABOUT ELLIE HOLCOMB
Singer/Songwriter Ellie Holcomb, a Nashville native, began her musical career by touring the country with her husband in Drew Holcomb and The Neighbors. After eight years, and with the birth of their daughter, Ellie opted to step out of the role of heavy touring. From that space came her debut solo album, As Sure As the Sun, which charted at #1 on the iTunes Christian chart and helped deem Holcomb the “Best New Artist” at the 2014 Dove Awards. Since then, Holcomb has been walking an unexpected path, one of suffering and loss but also peace and joy. She has come to the edge of the rushing river of confusion and experienced a God who made a way where there seemed to be no way. And it is from that place—of finding God in the dark and unexpected—that Holcomb wrote and recorded Red Sea Road, released in January 2017. In 2018, Holcomb released her first children’s book, Who Sang The First Song?, accompanied by a scripture rooted, children’s musical project Sing: Creation Songs, which was nominated for a 2019 GMA Dove Award. Holcomb resides in Nashville with her husband Drew and their three children.