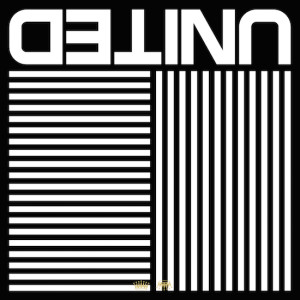 Nashville, Tenn. (May 26, 2016) – Marking its year anniversary, Hillsong UNITED’s EMPIRES will be on sale for $9.99 at iTunes through June 2 coinciding with the band’s two wins at the 2016 Billboard Music Awards for both Top Christian Artist and Top Christian Song, “Oceans (Where Feet May Fail).” The honors come after the platinum selling band earned four nominations for the night, including two nods in the Top Christian Song category. A two-disc vinyl LP version of EMPIRES will be available on June 17. Listeners can pre-order the EMPIRES vinyl here.

Upon its release, EMPIRES debuted at No. 5 on the Billboard 200 Chart. Named Album of the Week by USA Today, EMPIRES was also supported by Billboard, Rhapsody, Christianity Today and more along with a performance on the TODAY show.

Despite the accolades and acknowledgements, UNITED has always been about connecting people to a loving God through their unique and creative output. Joel Houston explains “God isn’t impressed by our production, or performance – God is about the position and state of our heart. It will never be perfect, but all he’s looking for is a ‘heart-broke sound’. This album is our deep desire to give God our best, knowing we have nothing without Him.”

Heralded by the likes of the Los Angeles Times, their acclaimed EMPIRES Tour will finish its U.S. trek in July with upcoming arena dates in Nashville, Denver, Kansas City, Chicago and more.  For the latest tour information, visit http://hillsong.com/united/#tours.

About UNITED:
UNITED is a worship band that originally rose out of the youth ministry of Hillsong Church in Sydney, Australia. This progressive worship band is a global recording and touring entity sent out to share the ever-evolving worship music of Hillsong Church to an international audience through live performances and records. UNITED desires to see a generation across the earth awakened to real love, rising up with hearts as one and finding value in the broken, hurting and lost connecting with Jesus.

The Billboard Music Award winner’s newest record EMPIRES debuted at No. 5 on the Billboard Top 200 to critical support from The Today Show, USA Today and Yahoo! Selling out venues across multiple continents, Hillsong UNITED have filled major U.S. venues including Staples Center (Los Angeles), Radio City Music Hall (New York City), Red Rocks Amphitheater (Denver) and more. It is estimated that over 30 million people sing their songs each week, among those, their platinum selling single “Oceans (Where Feet May Fail).“