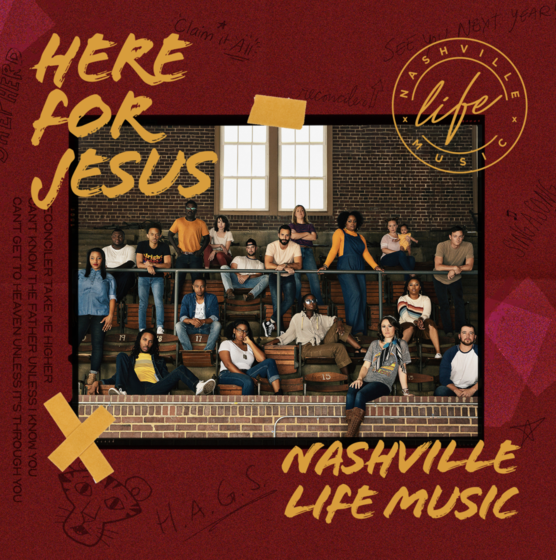 Nashville Life Music is the soundtrack to Nashville Life Church, a local movement that started out of CeCe Winans’ living room nine years ago. Grammy-winning songwriters and bandleaders Dwan Hill (Lauren Daigle, Jonny Lang) and Alvin Love III (Cece Winans’ son and producer) have led their 26-member worship team to create a project of energetic and inspiring songs that lift up anthemic, fun-loving sounds of thanksgiving and praise to God for everyday life.

At its core, Here for Jesus is a diverse project united by more than simply style and joyful praise. It’s worship in community. It’s uniquely tied together by the diversity of the people who make up Nashville Life.

“God’s been gracious enough to give us a mixed church, and I’m pretty proud of our cultural diversity,” shares Executive Pastor Alvin Love III. “We can’t take any credit for it. So when I say I’m proud of it, it’s not really a reflection of our efforts. It’s just been some sort of recipe about our church that has managed to draw both sides of the spectrum and everything in between. It’s something that, honestly, has to be supernatural. I think the racial lines and the tension and how deeply rooted it is in our nation (The United States)—particularly the South—is only something that God could lift, because it’s more than just skin tone. It’s mindset. It’s culture. It’s style of music. It’s ways of approaching family and relationships.”

“I think the strength of the diversity you see is a result of relationships that were already happening,” continues Nashville Life Worship Pastor Dwan Hill. “Relationship is always more powerful than a method and a strategy. I think the goal and the heart of it is simply to get more people into the house of God.”

The album features guest artists like Leeland (“Way Maker,” “Lion and The Lamb”) and Dove-award-winning New Artist of the Year Aaron Cole. A creative, time period piece, marrying together worship with throwback sounds from 70’s and present-day musical influences, Here For Jesus feels ready to become a modern classic. Imagine worship music that’s a mix of Elton John, Queen, Earth, Wind & Fire, Chance the Rapper and Kanye West – it’s an album unlinke any you’ve ever heard and one you can’t miss.

The group has already released four songs from the new album: “Sing A Song (Part 2) [feat. Aaron Cole],” “Claim It All (feat. Taylor Browning),”  “Reconciler” and “Shepherd (feat. Leeland).” Earlier this year, they also premiered a must-see music video “Sing A Song (Part 2) [feat. Aaron Cole],” which was shot on location at the historic West End Middle School in Nashville giving the video a cool old-school vibe that parallels the throwback sounds of the song and forthcoming album.

ABOUT NASHVILLE LIFE MUSIC:  Nashville Life Music began as a spontaneous gathering around a living room piano that has now erupted into a joyful, thriving music collective in the heart of Music City. Described as “a family of fun-loving disciples,” this diverse tribe of singers and musicians is known for its lively, fun-filled melodies and powerful, anthemic worship choruses. Inspiring weekly worship gatherings in their local church helmed by Senior Pastors Alvin Love II and CeCe Winans Love, Nashville Life Music is missioning to spark a soundtrack of thanksgiving and praise in people’s everyday lives – whether at home, at work, or at church. Two additional members of the church staff include, Executive Pastor, Alvin Love III (son of Alvin and CeCe) and Worship Pastor Dwan Hill, who also produced the group’s debut 2019 EP, Taylor House Sessions. The group is thrilled to use their music and songs to amplify thanksgiving, inspire believers and audiences beyond their local church, and ultimately help to build a world filled with joyfully, passionate Jesus followers and leaders. https://www.nashvillelifemusic.com 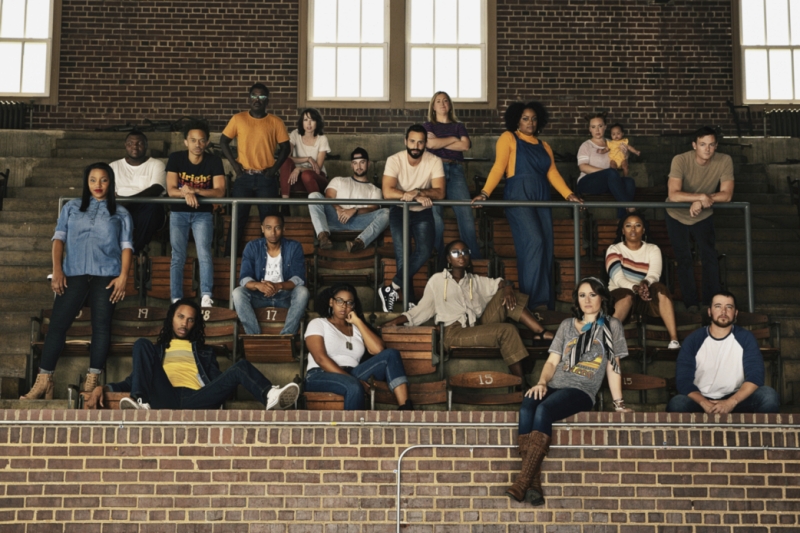