Nashville, TN (Aug.12, 2019) – Multi-platinum and GRAMMY-nominated rockers Skillet are celebrating the No. 1 debut on both the Top Rock and Christian SoundScan charts of their latest critically-acclaimed LP, VICTORIOUS. The album also entered at No. 3 on Billboard’s Top Current Album chart, and Top 20 at No. 17 on the Billboard Top 200 chart. Of note, the sales for VICTORIOUS were garnered without using a concert ticket/album sale redemption offer, something quite common with many top selling albums today. Sales were achieved by traditional album sales through retailers including Walmart, as well as streaming and webstores like Spotify, Amazon and iTunes.

Skillet hit the road for two co-headlining U.S. fall tours this weekend in Memphis, kicking off their VICTORIOUS WAR tour this past Sunday with Sevendust (featuring Pop Evil). A 21-city trek with Alter Bridge will begin September 22 in Baltimore. November 6 marks a European headlining jaunt through the remainder of the year, much of which is already sold out, including stops in London, Paris, Hamburg and Budapest. 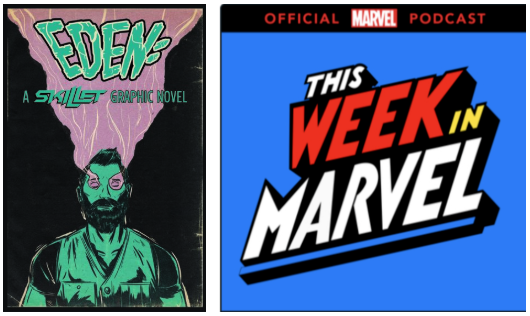 Marvel recently welcomed Skillet as a guest on their This Week in Marvel Podcast, and in line with such, also coming this fall, front man John Cooper recently collaborated with Z2 Comics for “Eden: A Skillet Graphic Novel” unveiling late August, which also features the bonus song “Dreaming of Eden” with purchase.

To purchase or stream VICTORIOUS click here. A special amount of VICTORIOUS vinyl packages are also available for pre-order here.