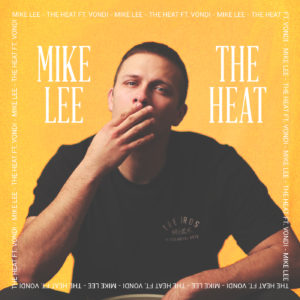 “THE HEAT is a fun song about establishing healthy boundaries in relationships,” explains Mike. While brainstorming video concepts, Mike and his wife, video producer Meesh Lee, were immediately drawn to the thought of doing a narrative about bullying. They teamed up with award-winning choreographer Richy Mon (www.richymon.com) to create the battle sequence, and then filmed the video on a playground in south Fort Wayne, Indiana, where Mike grew up playing basketball.

Empowering others is a theme that runs throughout Mike’s life. When he isn’t on the road or writing music, he’s coaching at his boxing and MMA gym, located in Fort Wayne, Indiana (www.leebrothersmma.com). “For years, my uncle, brothers and I have coached fighters, but over the last year or so our gym has blown up. These days we help a wide range of folks, from little kids with their moms and dads, to high school and college students, looking to get fit and learn ninja moves. All I’m trying to do is look them in the eyes and teach them the stuff that works.”

Since his debut EP in 2014, Mike has been noted for his humorous, yet deeply personal stage presence that spills over into his social media. From coast-to-coast you can catch Mike on tour, alongside his wife Meesh, and their drummer Ian Dunno. Mike has shared the stage with Andy Mineo, NF, Switchfoot, David Crowder, Chris Tomlin and more.

Over the last five years, Mike has worked on records with Grammy and Dove Award-winning Nashville-based producers Seth Mosley, Ed Cash and Rusty Varenkamp. Currently, Mike is doing most of his writing back home in Indiana with producer/writer (and childhood friend) Landon Bailey. Several new singles are on deck to be released later this year.

THE HEAT is available now at iTunes, Amazon and all major digital retailers.