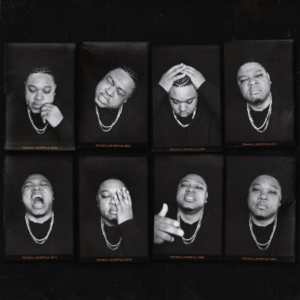 “I appreciate the album’s response and I am floored by the success of it all,” said Tedashii. “Never Fold is a reminder to never back down.”

Inspired by the pointed declaration of Luke 9:62, which states, “No one who puts his hand to the plow and turns back is fit for the kingdom of God,” NEVER FOLD gives us the Tedashii we know and love: fully transparent and self-aware. He’s a man who’s been tested time and time and again. And while he may have the battle scars to prove he’s been in the trenches, his infectious joy and strength remain intact.

As a veteran artist on Reach Records, Tedashii and label mates: Lecrae, Andy Mineo, GAWVI, KB, Trip Lee, 1K Phew, and WHATUPRG are currently on the UNASHAMED TOUR. In partnership with William Morris Endeavor and Rush concerts, the 6th annual tour will kicked off in Washington DC on March 14 and will carry through to April 13 visiting 18 major markets including Dallas, Atlanta and Chicago. Full tour dates and ticket information are available at http://unashamedforever.com/.

Tedashii is proudly Texas-born and bred. You may recognize his music from being placed on ESPN’s SportsCenter and FOX’s So You Think You Can Dance.