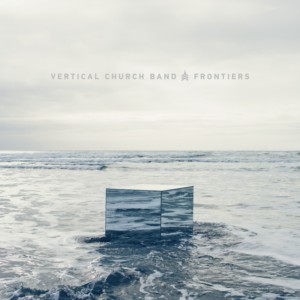 The group has sold more than 75,000 albums and has more than 20 songs in the Top 2000 on the CCLI chart including their songs “Open Up The Heavens,” “Lamb of God,” and “The Rock Won’t Move.” The single “Open Up The Heavens” was a Top 15 radio single and is currently a Top 25 CCLI song. Vertical Church Band strives to write the heartbeat of the church and record songs that their church needs to hear in this time and place.

“There’s a great Gordon Fee quote that says ‘You’ll know a church’s theology by the songs that they sing,’” shares worship leader Andi Rozier. “We’re trying to give our church as much theology as they can put in their mouths through these new songs.”

Vertical Church Band is a collection of worship leaders that include Meredith Andrews, Jon Guerra, Andi Rozier, Kyle Fredericks, Lauren Smith, Tara Stutes and Gabe Finochio who play each week in one of the seven campuses with 13,000 people in attendance across Chicagoland’s Harvest Bible Chapel. By serving the local church, the worship team has the opportunity to truly invest and witness what is going on in the church on a personal basis.

Rozier adds, “What I love about making records for the Lord and for the Church is that you actually start to see the Lord sew the thread between the songs instead of you doing it.”

Click here to pre-order FRONTIERS. Watch the live videos below of two instant downloads with a pre-order – “1000 Tongues (Live)” and “Exalted Over All (Live).”