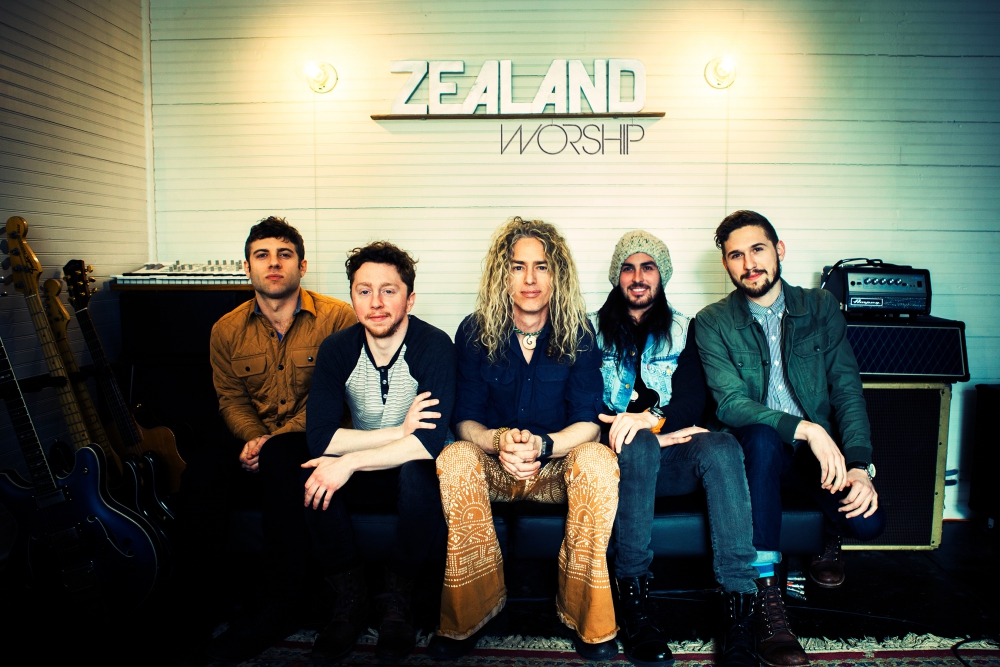 Band treks U.S. and Canada in support of newest music

Nashville, Tenn. (January 29, 2016) – Zealand Worship, led by long-time Newsboys bassist and vocalist Phil Joel, has unveiled new music with Word Worship, a division of Word Entertainment, bearing the name Zealand Worship The EP. Among the songs featured on the EP is “Good Good Father,” making it the first major label release of the now popular song.

After Joel’s departure from 13 years with the multi-platinum selling Newsboys, ministry opportunities began to emerge throughout the United States, New Zealand, Australia and China. Joel and fellow musicians, all who have been part of successful bands, have been operating organically “off the grid,” going where they have felt led, under the radar and outside of the spotlight. It’s been a season of growth and preparation for the next chapter, which is aptly entitled Zealand Worship.

Much of Zealand Worship’s time on the road has been spent delivering truth in an electric live worship experience to a youth audience at a critical & impactful time in their lives. Consciously choosing not to embrace social media as part of their promotion, the band hopes to engage with people in genuine experience and desires to be a part of the ongoing conversation of social media’s effects on preventing us from being relevant, awake and alive.

“I’m from New Zealand but the name isn’t about a country; it’s a state – a state of being zealous for the ‘land’ God has for each one of us, starting with our relationship with Him,” shares Joel. “Leading worship from within this band has been the freshest and most invigorating ministry opportunity I’ve ever been a part of. Hopefully we can be a part of a fire- starter movement of worship that goes beyond the sparks of a corporate worship moment to where people experience and enjoy God everyday.”

Joining forces with MercyMe, LifeLight and more, Zealand Worship will spend much of 2016 on tour. To view the latest tour schedule, click here. Lifeway currently has an exclusive sale on Zealand Worship The EP, allowing listeners to purchase the album for only $5.

Zealand Worship The EP is available on all DSP’s and streaming services, including iTunes and Spotify.

Get Connected with Zealand Worship

The journey to Zealand Worship has been a wild and adventurous one that no one anticipated. Led by Phil Joel, best known for his long-standing role as bass player and vocalist for the multi-platinum selling band Newsboys, Zealand Worship has been faithfully traversing a road that has been as unscripted and unexpected as it has been ordained. When Joel left Newsboys after 13 years, it wasn’t long before ministry opportunities began to emerge throughout the United States, New Zealand, Australia and China. Without even realizing it, Joel’s perspective began to shift, opening his eyes to a new understanding about worship and his role in it. Joel and fellow musicians, all who have been part of successful bands, have been operating “off the grid,” ministering where they have been invited, under the radar in a season of preparation for the next chapter, which is aptly titled Zealand Worship. The band isn’t defining their music or their success by numbers or sales, but in a lasting experience that people can continue to live out in their everyday lives, long after the worship experience has ended. Zealand Worship signed with Word Worship, a division of Word Entertainment, in May 2015. Zealand Worship The EP is available now.