Nashville, Tenn. (May 13, 2019) – Scoring three nominations each, Casting Crowns, Danny Gokey, for KING & COUNTRY and Lauren Daigle are the top nominees for the seventh annual K-LOVE Fan Awards. Chris Tomlin, Elevation Worship, Josh Baldwin of Bethel Music, MercyMe, Newsboys, TobyMac and We Are Messengers each scored two nods. Films are also honored at the fan-fueled show which this year include “Breakthrough,” “Indivisible,” “Run The Race,” “Unbroken: Path To Redemption” and “Unplanned.” Fans nationwide are voting for their favorites, and winners will be announced during the live show on Sun. Jun. 2. A full list of nominees is following:

Breakout Single
Cochren & Co. “Church (Take Me Back)”
I Am They “Scars”
Josh Baldwin “Stand In Your Love”
Pat Barrett “Build My Life”
We Are Messengers “Maybe It’s Ok” 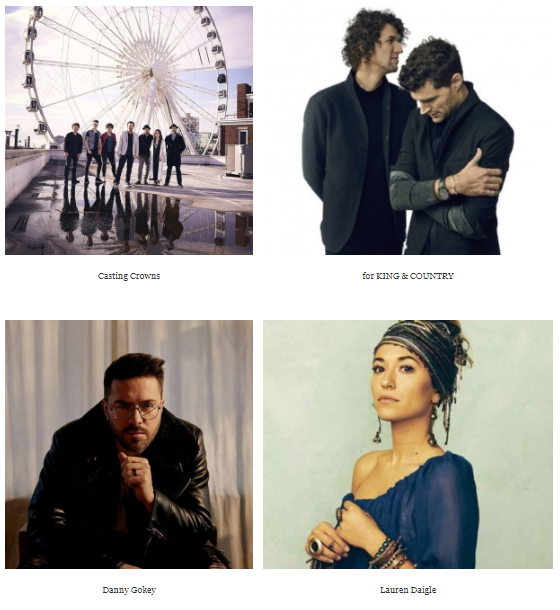