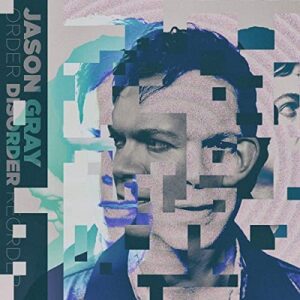 There are only a handful of artists whose music I genuinely connect with and Jason Gray is one of them. His songwriting style and the messages within the songs have encouraged my faith on so many occasions helping my relationship with God to be strengthened. With the release of Disorder, the second EP in the Order, Disorder, Reorder collection, we are drawn into an open & honest conversation between us and our Creator.

“Through” opens the EP with an anthem recognizing that we need Jesus to lead us through the chaos we don’t understand, trusting that with Him we can face the pain & hardship in whatever lies ahead.

“Remind Me You’re Here” is a prayer that doesn’t hide anything – admitting fears, doubts and questions while recognizing that sometimes all we need to know is that our Heavenly Father is with us in the midst of the battle we’re fighting.

The first time I listened to “Honesty”, it stopped me in my tracks and I had to sit and process what I was hearing. The raw vulnerability and truth within the lyrics stand out from the standard Christian song as they ask the questions that many of us may be feeling, but not bold enough to actually pray – and if we are, I’m sure there are fewer who would admit it. Yet, they are valid and God wants us to tell Him everything that we are feeling, even if it’s not pretty.

“Fight For You” reminds us that the Lord is on our side as it expands on the words of Exodus 14:14, “The Lord will fight for you, you need only to be still.” With our faith and trust in Him, we can be assured that we are never alone.

“New Song”, featuring Blanca, tells of being in the midst of a waiting season that feels like it won’t end, but by continuing to trust in what God is doing, even when we can’t see it, we know that we will get to the other side.

“Hard Times Prelude” refers to becoming who God created you to be through the fire & trials of the difficult seasons.

Given the situation that the world is in as we have been fighting a global pandemic causing so many of us to become overwhelmed by grief and exhaustion as we’re gripped by fear & worry of the unknowns, I can’t think of a more timely album than Disorder. I’m certain I can speak for most everyone and say that we are all feeling as though our lives are in a state of disorder and need to remember where our hope, peace and source of life truly exists – in knowing & being known by God. These 6 tracks and just 20 minutes hold so much depth & I truly believe that God will use them in many lives. In my opinion, this EP is a must listen!