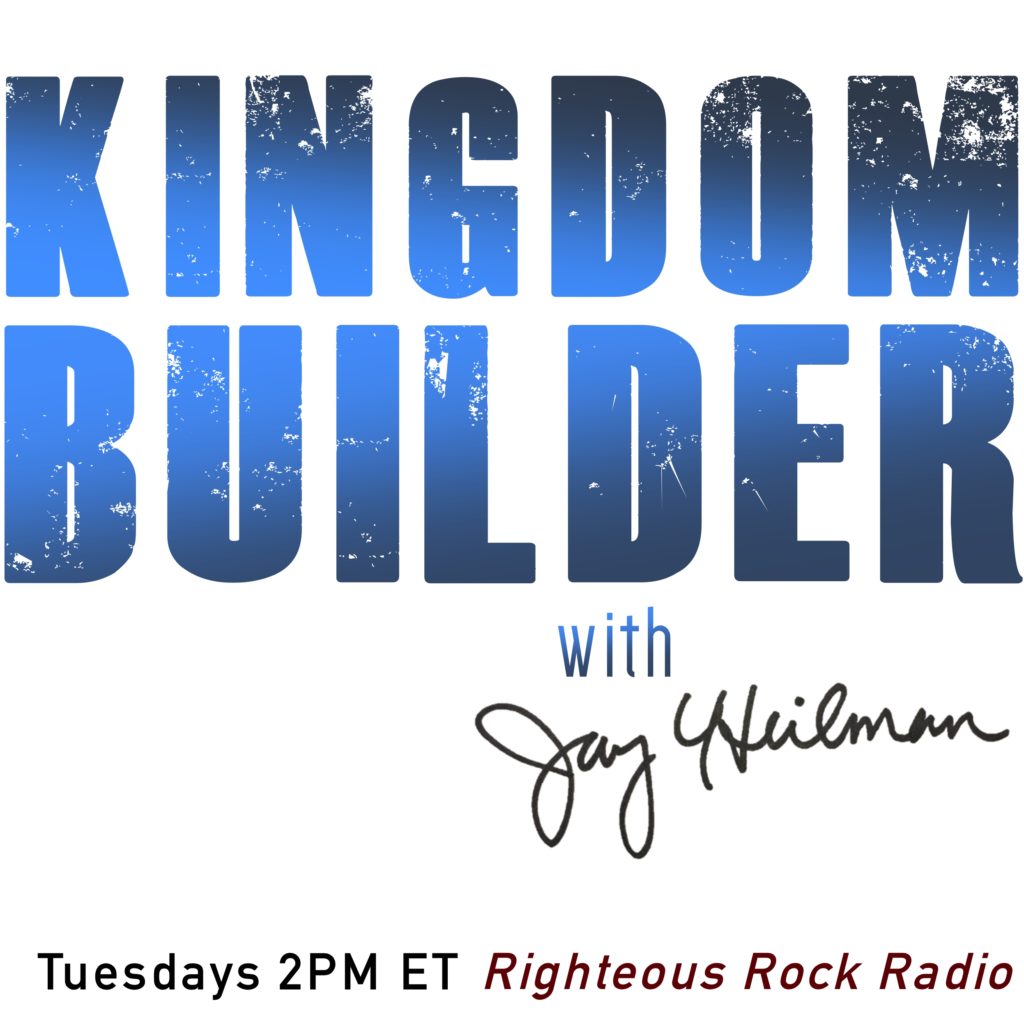 Radio Show with Plans to Re-Air Retro Interviews and more

Zephyrhills, FL (January 9, 2018) –  Kingdom Builder, a radio show that once existed as an occasional podcast launched in January 2008 on Christian Music Review (now Today’s Christian Entertainment), will be making it’s 2018 debut on a new on-line radio network.  The show will run Tuesday afternoons at 2PM ET on the on-line radio network Righteous Rock Radio, also known as 3-R Radio. Righteous Rock Radio was launched in 2013 by radio veteran and DJ Dave Price and boasts an incredible array of Christian music from the past, present and even highlights from the indie scene.  The station broadcasts at www.righteousrockradio.rocks and is also available to stream on-line or from your mobile device via TuneIn, Apple Music and the free 3-R Radio app.

Both ministries are excited about the opportunity to continue the show.  “I am beyond excited to work with Dave and 3-R Radio.  I have worked with him in the past in airing our mainstream special interest pieces and look forward to working with him on a weekly basis” KB host and founder Jay Heilman says. “Working alongside someone who has been in the business as long as he has will be a huge blessing to our show.” On the other side, Price and 3-R Radio are feeling the same about the debut of the show on 3-R Radio. “Righteous Rock Radio is excited and proud to be partnering with Kingdom Builder, as their point of initial distribution” says Price “Righteous Rock Radio and Kingdom Builder, "rawkin4theRock" together in 2018!”

Kingdom Builder will begin it’s run on 3-R Radio with its debut airing on Tuesday, January 23rd at 2PM ET.  The first show will find host Jay Heilman getting acclimated to the new network, while going back and re-airing the very first interview recorded with Kingdom Builder, featuring action super-star Dolph Lundgren. “What better way to start the 10th year than by going back and re-airing the interview that got the show started?” Heilman explains.

The show is currently booking interviews for 2018, so if you or a client you represent would like to be considered for a spot on the show, reach out to Jay at jay@todayschristianent.com or call him at 813-528-0291.