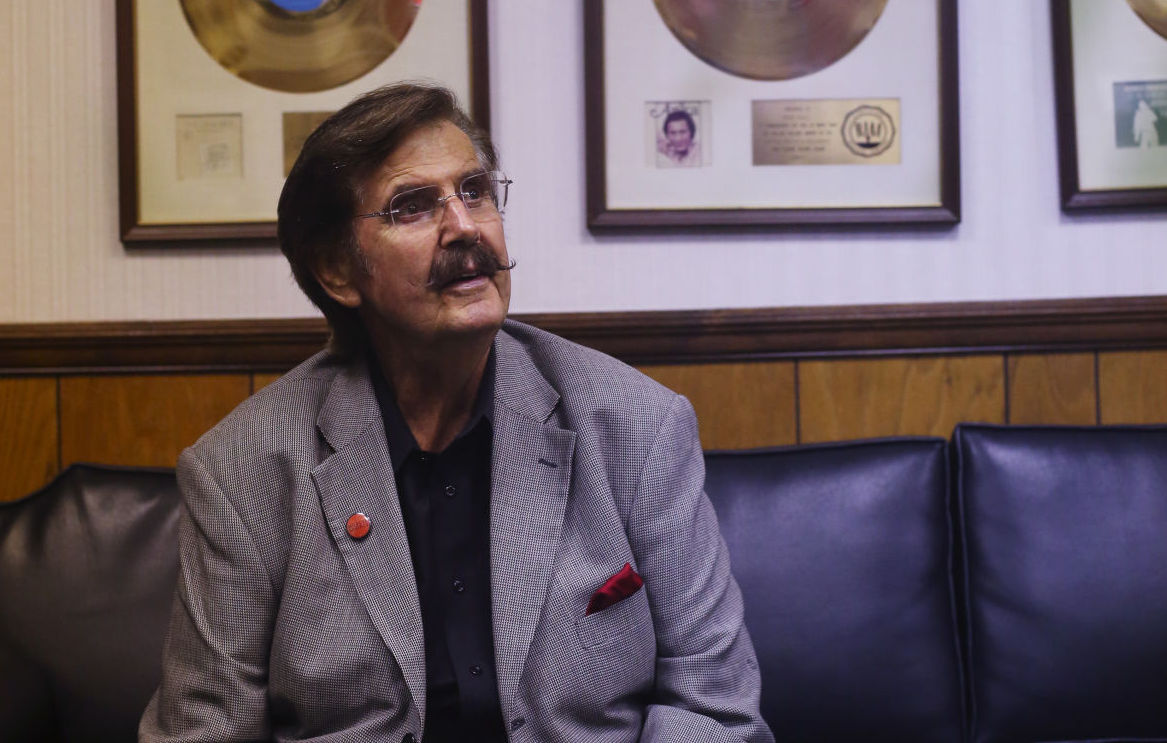 Legendary music producer and FAME Studios founder Rick Hall has died at the age of 85. Hall died this morning at his home in Muscle Shoals, Alabama, not far from his world famous recording studio.

The family has issued the following statement:

It is with the deepest sorrow that we announce the passing of our father, husband and beloved grandfather, Rick Hall. His spirit will live on forever through the massive amount of legendary music that he so tirelessly produced. Music was his life and because of him, Fame Studios and Muscle Shoals will always be “shooting for the stars!" We hope the band in Heaven is ready. If not, there’s going to be a problem.

Rick Hall made music history when he founded FAME Recording Studios in Muscle Shoals. Hall went on to earn international fame and eventually a Grammy for Lifetime Achievement. In the days when Martin Luther King Jr. was marching for freedom, Hall proved to be a civil rights pioneer through his music. His open collaboration among black and white artists was a revolutionary cultural standard not only to “deep south” Alabama, but to the nation at large. FAME’s color blind atmosphere, and the raw music it produced, would help shape American culture during its most troubled and tumultuous time.

Considered the “Father of the Muscle Shoals Sound,” Hall helped define a generation by pioneering a new sound that would inspire artists, give birth to new kinds of music and launch the careers of hundreds of superstars, songwriters, musicians and music executives. Record executives literally flocked to Muscle Shoals for Hall to produce and engineer a mind-boggling array of major artists, including Aretha Franklin, Clarence Carter, Mac Davis, Wilson Pickett, Etta James, Alabama, Tom Jones, Allman Brothers, The Osmonds, Shenandoah, Wayne Newton, TG Sheppard, Larry Gatlin & The Gatlin Brothers, Little Richard, Lou Rawls and so many more. With more than 300 hit singles to his credit, and more than 40 Gold and Platinum records, Hall was one of the top producers of Pop, Rock, R&B and Country records in the world.

Hall was featured in the 2013 Grammy Award-winning documentary "Muscle Shoals,” and in 2015 he released his autobiography, "The Man from Muscle Shoals: My Journey from Shame to Fame,” with a foreword by famed music historian Peter Guralnick. A television series centered around Hall and FAME Studios is currently in development.

Hall is survived by his wife Linda, sons Rick Jr., Mark and Rodney, as well as his 5 grandchildren, Rebecca, Mary Elizabeth, Jackson, Sara and Sam.

Hall’s family requests privacy at this time. All media requests should be directed to Brian Mayes at Nashville Publicity Group, brian@nashvillepublicity.com or 615-771-2040.