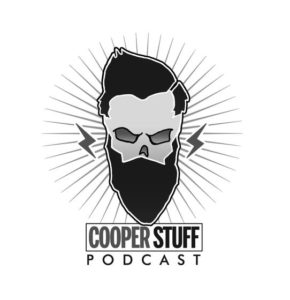 Nashville, TN…..February 13, 2019 – Taking a cue from what he gets asked about most from fans, a desire to have some fun and to live out the golden rule, multi-platinum and GRAMMY® nominated Skillet front man John Cooper has officially launched his “Cooper Stuff” podcast today. Available on Skillet’s YouTube Channel, iTunes and more, Cooper’s goal is to post a new episode each month. With the first installment launching just before Valentine’s Day, the theme of the debut podcast sees Cooper taking an honest, no holds barred approach to what makes a successful relationship – drawing from his 21 year marriage to Korey Cooper.

“In many ways the social media world has created an angry culture where people are constantly screaming at each other over philosophical, theological or political differences,” explains Cooper. “I meet people who are honestly confused about how to live and how to be a good person. People wonder if it’s more virtuous to love and accept someone they disagree with, or to stand up and scream at someone they disagree with. I started the Cooper Stuff podcast for multiple reasons — it’s a more in depth look for the fans into who I am and what I think, but it’s also meant to be comic relief for an increasingly angry and stressed out world. I want to talk about living life in a really simple way. I want to share the Biblical foundations for the reason I hold these beliefs. It’s not actually that complicated to be civil to those who disagree with you- to be fair and honest- and to treat others the way you want to be treated-all while seeing the brighter side of life.” 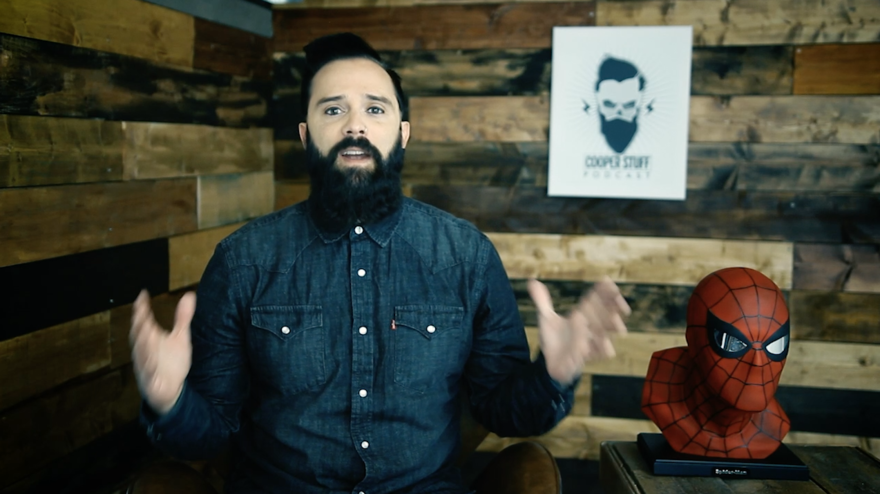 Currently working on their 11th studio project scheduled to release later this year (Atlantic), Skillet will once again tour with Breaking Benjamin and Fight The Fury for dates in March and April. Known for their vast tour schedule, the dates will be followed by a trek through the Russian Federation. Tickets for the two month trek are on sale now.

The multi-platinum selling group closed out 2018 with over 1 billion streams worldwide. Skillet again claimed the No. 1 spot on the Billboard Year-End Christian Streaming Songs Artist Chart – an honor they have held since the chart’s inception in 2014. The now RIAA Gold certified album Unleashed placed No. 9 on Billboard’s 2018 Year-End Top Christian Albums Chart. The band’s double-platinum track “Monster” topped the Christian Streaming Songs 2018 Year-End Chart, while also claiming the No. 7 and 8 spot with “Hero” and “Feel Invincible” respectively. Skillet was No. 5 on the 2018 Top Christian Albums Artists Year-End Chart

Skillet has cemented their place as one of the 21st century’s most successful rock bands. Selling more than 12 million units worldwide, the Wisconsin quartet have received two GRAMMY® Award nominations and won a Billboard Music Award for the double-platinum certified Awake. Their double-platinum single “Monster” currently has over 129 million plays (and counting) on Spotify, earning the distinction of becoming “the best-selling digital single in the history of Christian Music” and continuous mainstay on Billboard’s Year End Chart. 2013’s Rise bowed at #4 on the Billboard Top 200 upon release and received resounding and eclectic acclaim from the likes of USA Today, New York Times, Revolver, Loudwire and more. Their latest album, Unleashed, debuted at #3 on the Billboard 200 and topped Billboard’s Top Christian albums chart. The first single “Feel Invincible” went to #1 on the Rock Radio chart, and earned RIAA Gold Certification. The track “Stars” was featured in the soundtrack for the motion picture The Shack. Stemming from Unleashed, Skillet was nominated for three additional Billboard Music Awards. Their songs have been used by the WWE, Marvel, ESPN, NHL, MLB and the NFL to name a few. While steadily headlining their own tours in addition to performing with some of the biggest rock acts in the country, their live show has become a global force to be reckoned with, selling out shows in London, Moscow, St. Petersburg, Warsaw and more.

Get Connected With Skillet: