News: WINTER OLYMPICS FEATURES CARROLLTON SONG “MADE FOR THIS”

Home/News/News: WINTER OLYMPICS FEATURES CARROLLTON SONG “MADE FOR THIS”
Previous Next

News: WINTER OLYMPICS FEATURES CARROLLTON SONG “MADE FOR THIS” 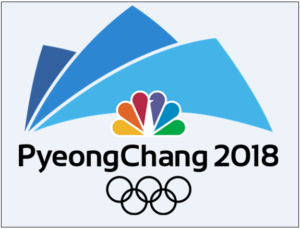 NASHVILLE, TN. (Nov. 2) Centricity Music indie-rock band Carrollton is going for the gold: NBCUniversal has chosen one of their songs to promote the 2018 Winter Olympics. The brand new track, “Made For This,” can be heard on Olympic advertisements and other features on various NBCUniversal outlets leading up to the international event in February. It will be available Friday, Nov. 3 on iTunes and all streaming platforms. 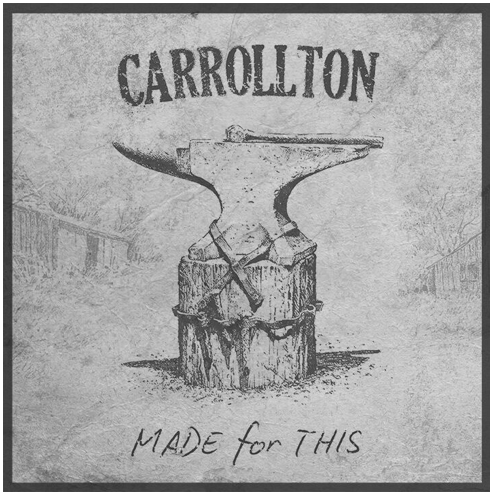 Carrollton penned the tune with Solomon Olds (Family Force Five) and Lauren Olds; Lincoln Parish (Cage The Elephant) served as producer. Centricity Publishing shared “Made For This” with NBCUniversal executives earlier this fall, and the network ultimately requested the song’s use for promotion of the upcoming games, which will take place in PyeongChang, South Korea February 9-25 and air on NBCU channels.

“This song is a powerful anthem, with attitude and imagery that make it a perfect match for the Olympics,” said Chad Segura, VP of Centricity Publishing. “And it’s so fun to watch this band that we love and believe in have an opportunity to be connected to such an iconic worldwide event.”

[Watch NBC’s first Winter Olympics “Made For This” promotion]

With sonic intensity and powerful lyrics, “Made For This” echoes strength and determination fit for the legendary competition. Carrollton lead singer Justin Mosteller says the song, written with their families in mind, embodies a message of perseverance relatable to anyone’s pursuit of his/her goals—themselves included.

“With the band and all that comes with it…this way of life isn’t for everyone, but somehow, for this time, we think we’re made for it,” said Mosteller. “This song is the passionate outpouring of a deep conviction we have about this ‘thing’ we get to do.”

He went on to describe the excitement and thankfulness the band felt when they were told NBC wanted to use the song.

“We are extremely grateful and honored. To have our song be a part of something historic like this is absolutely crazy to us. Needless to say, we, along with all of our friends, will not be skipping commercials for the next three months of our lives.”

Carrollton just wrapped up a headlining tour that followed the release of their new album Everything Or Nothing. The record’s first single “Shelter” is climbing the radio charts, currently standing at 43 NCA.

About Carrollton:
Signed to Centricity Music in 2013 Carrollton is a Christian indie-rock band known for their exceptional musicianship and powerhouse performances. Made up of Justin Mostellar (lead vocals), Jordan Bailey (bass), Michael Loy (drums), and Joel Rousseau (lead guitar), the band has released two projects through Centricity so far, Breathe In Deep, and Sunlight and Shadows. As noted in a New Release Today review describing how “their talent matches that of the best in the business and blows us away with each song,” Carrollton leaves a lasting impact on listeners with a unique, soulful sound found in both bold, driving melodies and tender acoustic tracks. Their singles “Let Love Win” and “Tell Me” made great impressions at radio, with “Let Love Win” breaking into the Top 25 on the AC Monitored and AC Indicator charts, and “Tell Me” hitting the #23 spot on NCA, #24 on AC Monitored, and #18 at AC Indicator. Having performed alongside such artists as Lauren Daigle, Jason Gray, and Finding Favour, the band headlined two of their own tours this year. Their new album Everything Or Nothing was released in October.

About Centricity Music:
Centricity is an independent Christian music company based in Franklin, Tenn. Founded in 2005 with a commitment to artist development and stylistic diversity, its artist roster includes Aaron Shust, Andrew Peterson, Carrollton, For All Seasons, Jason Gray, JJ Weeks Band, Jonny Diaz, Jordan Feliz, Lauren Daigle, Neon Feather, North Point InsideOut, and Unspoken. Providing label and publishing services, Centricity is a family-owned organization, and they like it that way. The committed work of its staff and artists has yielded successes such as Grammy nominations, Billboard Awards, Dove Awards, K-Love Fan Awards, a Gold Album, and Gold Singles. For more information on Centricity Music: www.centricitymusic.com.