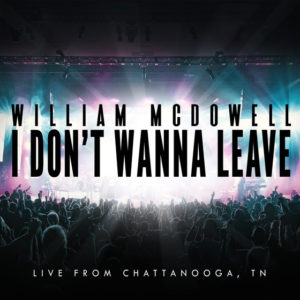 NASHVILLE, TENN. (AUGUST 02, 2019) GRAMMY-nominated and Dove Award winning worship leader, pastor and author William McDowell has released a new song, “I Don’t Wanna Leave,” available everywhere today. The song was recorded at Redemption to the Nations Church in Chattanooga, TN as part of his upcoming new live album, The Cry.

The song features GRAMMY-award winning songwriter and producer Aaron Lindsey. As the last song of the recording, no one wanted to leave the church that night in Chattanooga, McDowell recalls, so it was appropriate that we ended with “I Don’t Wanna Leave.”

McDowell led the crowd in a chorus that echoes over and over: Found a place of peace / Found a place of grace / Wrapped in your embrace / And I don’t wanna leave. The simple song turned into an intense 25 minutes of worship that was unforgettable.

This is the first collaboration with Integrity Music, who McDowell says has been a natural fit for a label partnership.

More information about the upcoming album and inspiration will be coming soon. For more information, visit www.WilliamMcDowellMusic.com 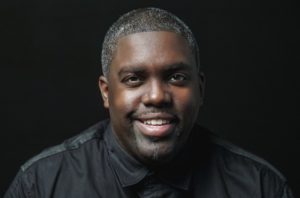 ABOUT WILLIAM MCDOWELL: William McDowell serves as pastor of Orlando, Florida’s Deeper Fellowship Church and has previously released five critically-acclaimed albums – As We Worship, Arise, Withholding Nothing, Sounds Of Revival and Sounds Of Revival: Part 2 – winning Dove and Stellar Awards and earning a GRAMMY nomination for his work. He has also has made numerous guest appearances on albums from artists representing a variety of music styles. His ability to cross generational, denominational, cultural and genre differences is a reflection of his heart for people and his foundational ministry training.