Cody Carnes ‘Run To The Father’ 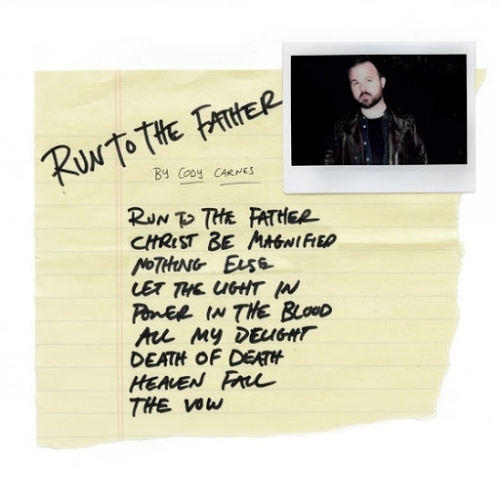 Cody Carnes, worship leader and songwriter, currently under Capitol Christian Music group, is known for The Darker The Night, The Brighter The Morning as his label debut in 2017. Carnes’ music comes from personal encounters with God and has felt called to write for the church. Carnes’ new album, Run to the Father, will be released on March 13th, and includes the worship hits, “Nothing Else”, “Christ Be Magnified”, and the title track, “Run To The Father”.

The title track, “Run to the Father”, begins with a beautiful piano melody that leads into smooth and relaxing vocals. This song talks about the heaviness of carrying the weight of the world on our own, but that we can run to Jesus and He will take the weight off.

“Christ Be Magnified” has a powerful build up instrumentally into the piano and other instruments. Melodically, this song sounds very similar to other worship songs but the lyrics are very powerful while still remaining simple.

“Nothing Else” might sound familiar if you’ve kept up with worship music recently. This track was released ahead of the album release. The vocals in this song have a certain twang that sets this song apart from many other worship songs. The simplicity of the lyrics makes this song one to remember. Carnes’ addresses the fact of just wanting Jesus. And that’s enough.

This album has many other strong tracks, both lyrically and instrumentally. Carnes is not afraid to say the name of Jesus in his songs and remembers the strong importance of simplicity. God wants us and we should want Him. It is that easy. Run to the Father available wherever music is sold March 13th.