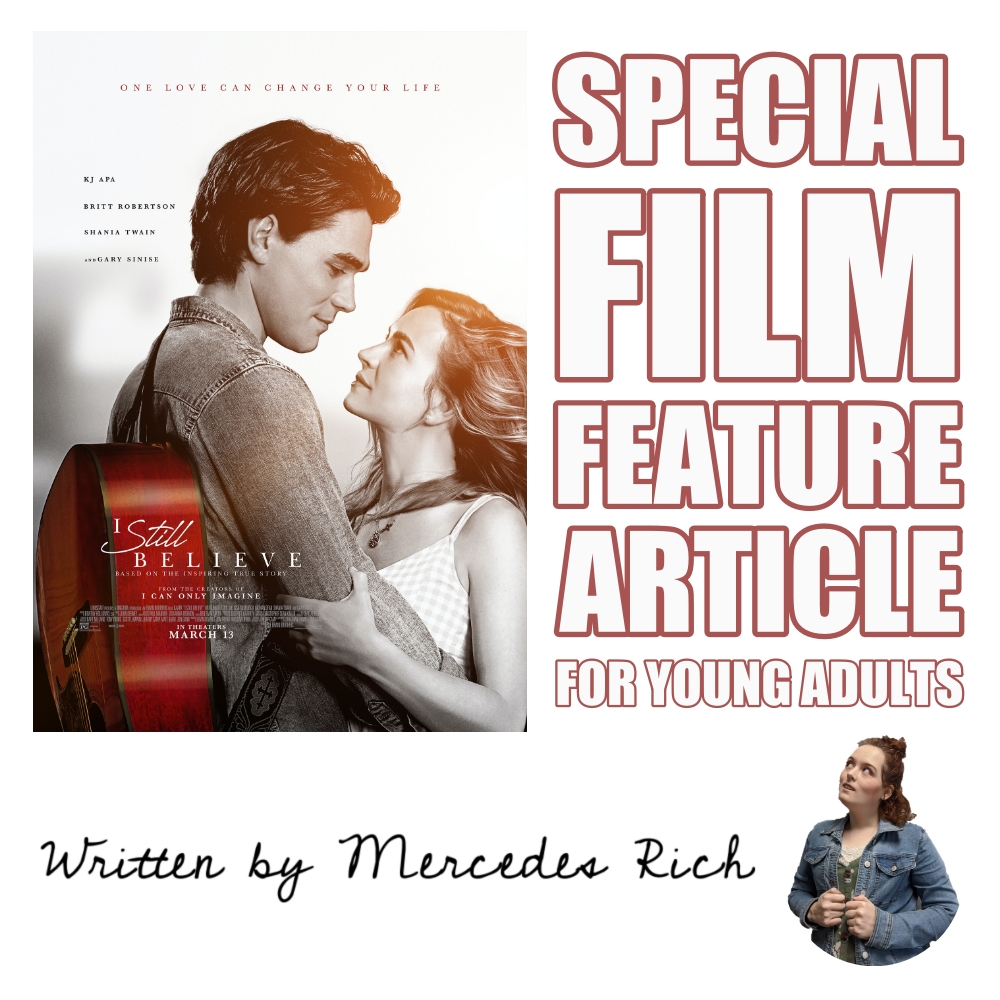 “What do you wanna give people?” is something that is not brought up as often as it should. The reasoning behind many life decisions is often brushed past with the question “what do you want?”. Figuring out why you want to do something rather than just wanting it is an overwhelming scenario that people sometimes struggle their whole life to figure out. I Still Believe teaches the powerful truth that if our dreams are aligned with God’s purpose, they can come true, but we have to take the opportunities given to us and Jeremy (portrayed by KJ Apa) exemplifies that throughout the course of his life.

The heart wrenching and powerful story of I Still Believe begins in Indiana with the Camp family coming to terms with their oldest son Jeremy, leaving for college. It affects each member of the family in different ways. Jeremy’s journey as a musician starts right off the bat as he instantly gets involved with music when arriving on campus.

This incredible true story is inspiring to all ages, but through the lens of a young adult, this movie is more than just an inspiration. I Still Believe contains many life lessons that aren’t brought up a lot in culture today.

Sometimes things happen out of our control, but God still has a purpose. Jeremy and Melissa received heartbreaking news right at the beginning of their blossoming relationship. They didn’t give up though, they fought for love and life even through the fire. This can apply to life in the sense that if something or someone is important to you, then fight for it/them. Tough times come upon us all, God never said it would be easy, but if we stay the course, things will turn out the way that they are supposed to.

The general population knows that breakups hurt in every context, but this film brings up the important fact that if the relationship is what God wants, you have to be willing to fight for it and pray when things aren’t going according to plan.

In this day and age, it seems to be becoming increasingly more evident that young adults tend to separate from their parents as they get older. Jeremy’s parents (portrayed by Shania Twain and Gary Sinise) prove that parents genuinely want the best for their children. Jeremy makes a decision that would ultimately alter the course of his life and his parents were concerned. Not because they didn’t trust him, but because they truly wanted the best for him.

This film relates to the general young adult struggles of first love. Jeremy and Melissa’s love story were short but full of compassionate love for one another that spans more than life itself. The awkwardness of finding out not only who you are but who you are with another person is something that requires one’s ability to not only think of themselves.

This film doesn’t just apply to young people in relationships, but also single people as well. Jeremy and Melissa struggled in their relationship and it goes to show that marriage is not something to be taken lightly, you have to be willing to walk through the fire with your future significant other.

Sometimes, we need a gentle push from the people around us to realize who we are supposed to be. As young people, the overwhelming anxiety of everything weighing us down can discourage us from becoming the person that God created us to be. Melissa pushed Jeremy to perform in front of people and supported him through everything. Then, it was his turn to support her through one of the most difficult times in life. God places people in our lives for a reason. I Still Believe shows that not only were Melissa and Jeremy put into each other’s lives for a reason, but their families and friends around them were there from beginning to end as well.

Life is short…even though we are young, we aren’t guaranteed tomorrow, so we have to do what we can right now. Love more, give more, share more. Jeremy realized how limited time was and knew what was placed on his heart to do in the moment.

Sometimes God puts us through pain and suffering to help others. He will never put us through situations that we can’t handle without His help. This film is real, vulnerable, and honest. The turmoil Melissa was placed under and the faith she still had in the midst of the darkest storm showed who she was at the core. Due to this, Jeremy found out who he needed to be, not only for her, but to be a better steward of God’s word. I Still Believe is relatable to young adults in many ways as well as impacting the hearts of people everywhere. This film isn’t just focused on Jeremy Camp, the artist. It shows the real life of Jeremy and Melissa as human beings, not just people in the spotlight. God still does miracles and one person can change a life.