Kim Walker-Smith ‘On My Side’ 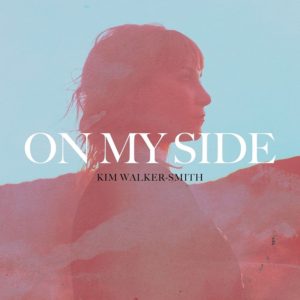 Kim Walker-Smith proclaims God’s faithfulness and the power of his presence in her heartfelt solo debut, On My Side.

Life can be a tumultuous journey filled with unexpected twists and turns. We can travel from zero to heartbreak in the blink of an eye. But in the life of a believer, even in the darkest of times there is a friend that sticks closer than a brother. And this is the story of Kim Walker-Smith.

In her album trailer, Kim testifies, “the past four years of my life have been a journey with God through incredible joy and overwhelming grief; birth and death, pain and betrayal, right alongside hope and resurrection.” Through it all she chose to cling to her faith in Christ and his promise that he would never leave her or forsake her. Through it all, God proved himself time and again to be both a refuge and strength, and this collection of songs was born.

The sound of the album is comprised of pristine mixes and epic arrangements that feature lush pads, heavy synths, and beautiful pianos. The tracks leave plenty of space for what is undoubtedly one of the strongest female voices in the industry today.

On My Side opens with “Brave Surrender”, a song the challenges our tendency to carry the weight of the world on our own shoulders and reveals the joy found in releasing it to God. This is followed by “Glimpse”, the cry of a believer who desires to see God in a fresh new way.

The third track is a standout congregational song called “Throne Room”. It illustrates a vision of what happens in the spiritual realm when we approach the throne of God through worship. With lyrics that declare, “My heart can’t contain the weight of your name and all I can say is holy, holy, holy are you”, the song reflects the visions of heaven as described in Isaiah Chapter 6.

The next song, “I Know”, is the testimony of one who has witnessed the greatness of God first-hand, anchored by a climatic bridge that features lyrics from the hymn, On Christ the Solid Rock I Stand. The fifth track, “Awaken Love” is a love song to Christ featuring passionate string arrangements. It invites the Lord to do his work uninterrupted by our own desires.

At this point in the album, a musical interlude leads us into the song, “Just One Touch”, which reveals a desire for a deeper connection with God. The album’s title track, “On My Side”, is an acknowledgement of God’s presence; that no matter what the situation may be, God is always there for us.

The next song, “You Define Me” is a celebration of finding one’s identity in Christ alone. It is followed by “Rise”, which testifies to the victory that is found in total obedience. This is followed by “Undone”, another standout. It is a passionate reflection of Christ’s great sacrifice at the cross. This song also steps out of the box in its creativity and departure from formal song structure.

The final track on the album is another great congregational titled “Fresh Outpouring”. In Kim’s own words, “There’s so much of God to discover, to learn and to know. And the way that he spoke one season may not be the way that he’s speaking this season. And we want to stay so close and so connected to him so that we can be right there ready for whatever it is that he wants to do and speak and the new thing, the fresh thing that he’s doing.”

Overall, this album is very deep, very intimate, and would be best received by those who are accustomed to going beyond the surface during times of worship. It is a personal testimony and is executed by someone who clearly views herself more as a minister than an entertainer.

If you are searching for healing, a time of spiritual renewal, or just an intimate moment of worship, On My Side will bless you tremendously.

About the Author: Phil Stacey