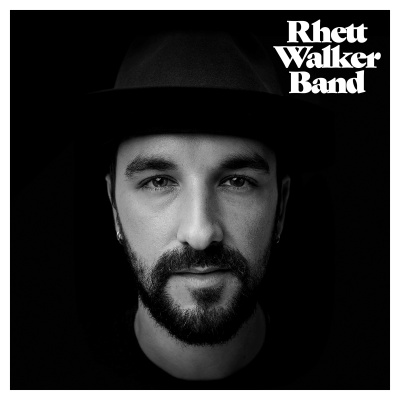 Rhett Walker Band gained a loyal pack of listeners with their successful singles “Come To The River” and “When Mercy Found Me” which showcased unmistakable vocals and a musical blend all their own. The latest release, Rhett Walker Band EP features 6 soul-stirring songs to wake up your faith.

“Say Hello” celebrates becoming a new creature in Christ when you accept Him as your Savior and experience the freedom and revival He gives through salvation.

“Peace in the Family” is an anthem calling for peace & love to run wild within the body of Christ. While we are all created as unique individuals with our own opinions and perspectives, we are all saved by “one love, same blood”, as the chorus states.

“Love Done” adamantly declares a firm belief in the power of faith in Jesus and the dramatic change that can take place within the heart, mind and lives of those who allow God to fill them with His love.

“Murderer” is a spiritually convicting song that causes you to reflect upon the fact that everything Jesus endured upon the cross as He was crucified, He went through for us and even our sins thousands of years later were washed away through His blood, sacrifice and resurrection.

“Like Your Father Does” parallels the love a father has for his child as he reassures that no one will ever love them like he does while also stating that even when their earthly father isn’t there with them, their Heavenly Father will never leave their side and God’s love is stronger than they can comprehend.

“Heavenly Home” recognizes Jesus as the only One who can fully satisfy the desires of the heart and meet the needs we have as humans. The prayer within the lyrics is to be continuously led by Jesus throughout life into eternity.

What I love about people like Rhett Walker, Zach Williams, Todd Agnew & other similar artists is that they aren’t afraid to write their songs with a bold honesty that acknowledges the stuff we encounter in everyday life. While we have the hope & love of God, it doesn’t mean we never hit bumps in the road, make mistakes or feel downright terrible at times. But, through our faith and trust in the Lord, we can find the will & strength to carry on. Throughout the Rhett Walker Band EP we hear influences of classic rock, southern rock and country genres while the lyrics remain unabashedly focused on the message of Christ and salvation through Him. Here’s hoping a full-length album won’t be too far down the line for the Rhett Walker Band, but until then, this EP is a must listen!