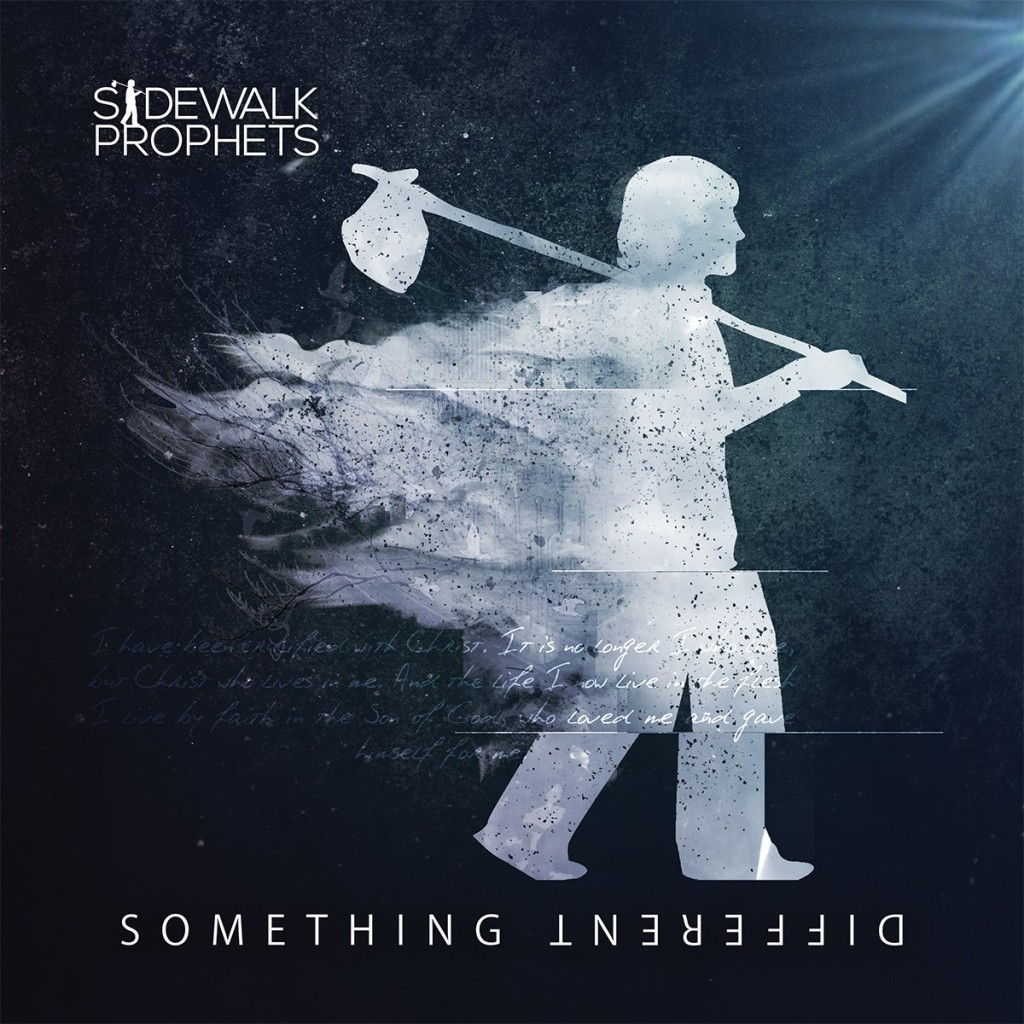 Since bursting onto the Christian Music scene in 2010, Dove Award-winning (for New Artist of the Year) group Sidewalk Prophets has continued to excel. Dave Frey and company are set to release their fourth studio album August 28th, called Something Different. The new album was produced by Seth Mosely and will feature 14 tracks, all written by the band.

The lead Single from this album “Prodigal” has already been very successful. It is a beautifully crafted piece and Bible story we all know so well. The chorus so brilliantly says:

Wherever you are, whatever you did
It’s a page in your book, but it isn’t the end
Your Father will meet you with arms open wide
This is where your heart belongs
Come running like a prodigal

What a beautiful message for all who listen to this song.

The best part is an album is more then just a song; the single is only the beginning of this journey. This collection of songs includes, in my opinion, at least six radio singles. I fully expect “Something Different” to have a long shelf life (so to speak) on the radio market.

The title track “Something Different” is an incredible blend of Aerosmith and Michael Jackson. The song is just a fun listen and also features some great lead guitar work. It will surely be a track you listen to over and over again.

Song after song you realize this band just has “it” with the worshipful messages to the catchy choruses. “Everything in Awe” reminds me of a slow building Lifehouse-style song that has a huge ending. “To Live is Christ” (Philippians 1:21) is a power song and easily another single from the album. On and on this trend continues.

“Aint Nobody” showcases the bands ability to feel as if the song is being played right in the living room with some friends. Sidewalk Prophets truly have a true genuine love for God and their fans.

I enjoyed this album very much and I am sure you will as well. I fully recommend buying it as well as an admission to a concert near you to see this fun loving band. I think Dave Frey (Lead Singer) sums up the album best and I will end this review with his words.

“Something Different is not just a collection of songs,” Frey said. “It is an album and a journey where all the songs come together to tell one unique story. That story is that there truly is something different about us. That something different is Jesus Christ. I hope this album, through the gift of music God has given us, can give listeners the courage to live fervently and recklessly shine love in to the darkness.”