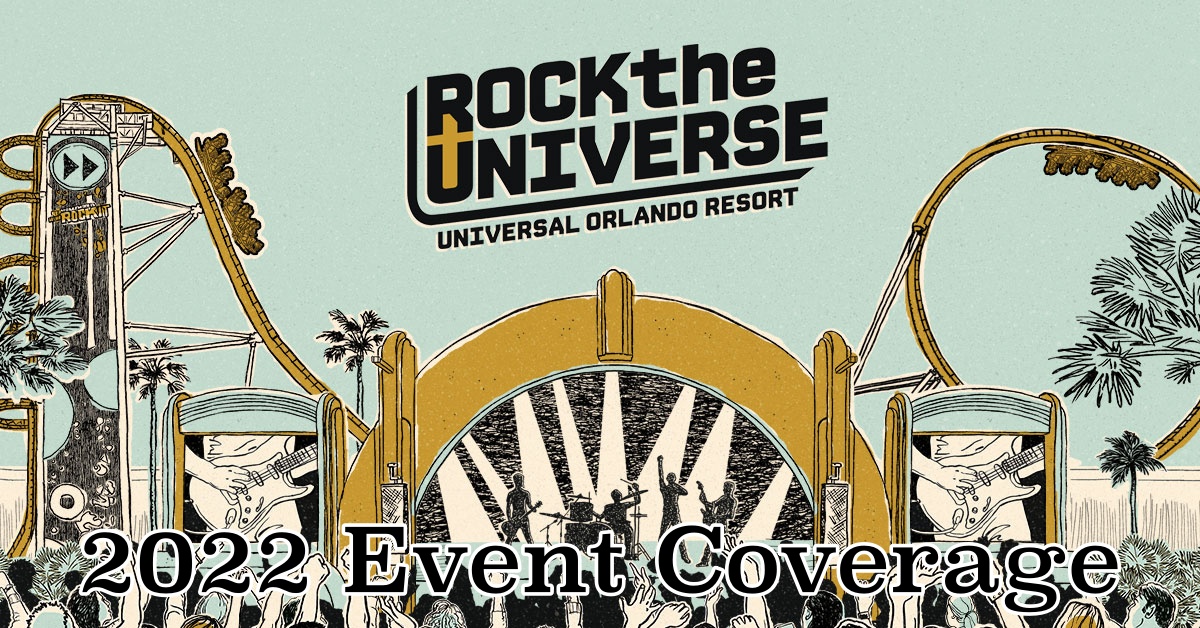 Nearly every year for the past 18 years, my family and I have made the annual pilgrimage to Orlando, FL for one of Christian music’s most entertaining weekends.  Every September, it was either Disney’s Night of Joy or Universal’s Rock The Universe.  For me, the choice was hard seeing as though both events happened simultaneously some 16 miles apart. But choosing which wound up coming down to the artists that were playing each event.  Sometimes, I would check out Night of Joy exclusively, sometimes Rock The Universe and on a few occasions, one night at each.  Nowadays, even though Disney still has its hold as the number one entertainment destination, it’s Universal who has carried on the proverbial torch with Rock The Universe as Disney’s Night of Joy bowed out with its last hurrah in 2017.  With the sole Christian musical festival in Florida now, Universal managed to move Rock The Universe back to a much cooler and dryer month – January.  I could not be more pleased with the decision, as Central Florida in Septembers was a hot and sweaty monsoon that many years made it difficult to weather. 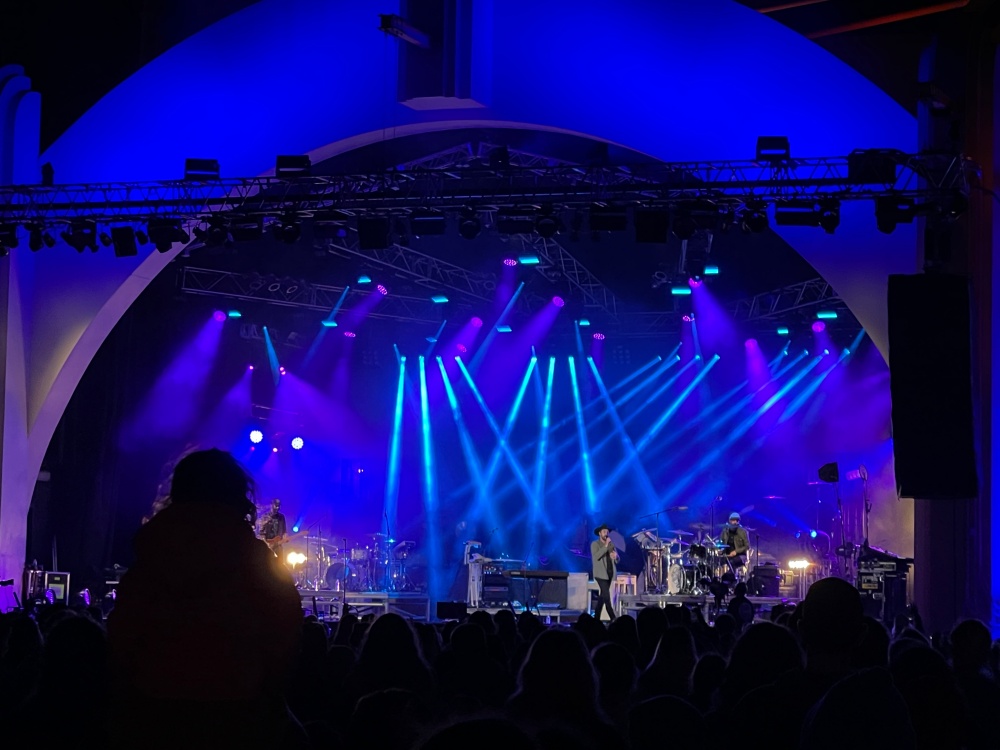 2022’s event came after a year hiatus, as Rock The Universe 2021 became one of the casualties of the ongoing COVID-19 pandemic.  When the 2022 event was announced in late 2021, I was excited for the upcoming event.  However, tragedy struck our family personally in September 2021, when my wife Shannon passed away at 37 due to COVID-19.  2022 would be the first Orlando trip we would make in nearly two decades without her, but I can tell you that I am not only glad we went, but also thankful for the much needed (and uplifting) experience that RTU offers.  This year’s event, which was held Friday, January 28th and Saturday, January 29th featured many artists and groups who had played the event before along with some new and upcoming ones that were debuting there for the first time.  Performing at this year’s event were Casting Crowns, for KING & COUNTRY, Crowder, Matthew West, Zach Williams, Jordan Feliz, Big Daddy Weave, Rhett Walker, Corey Asbury and We The Kingdom. 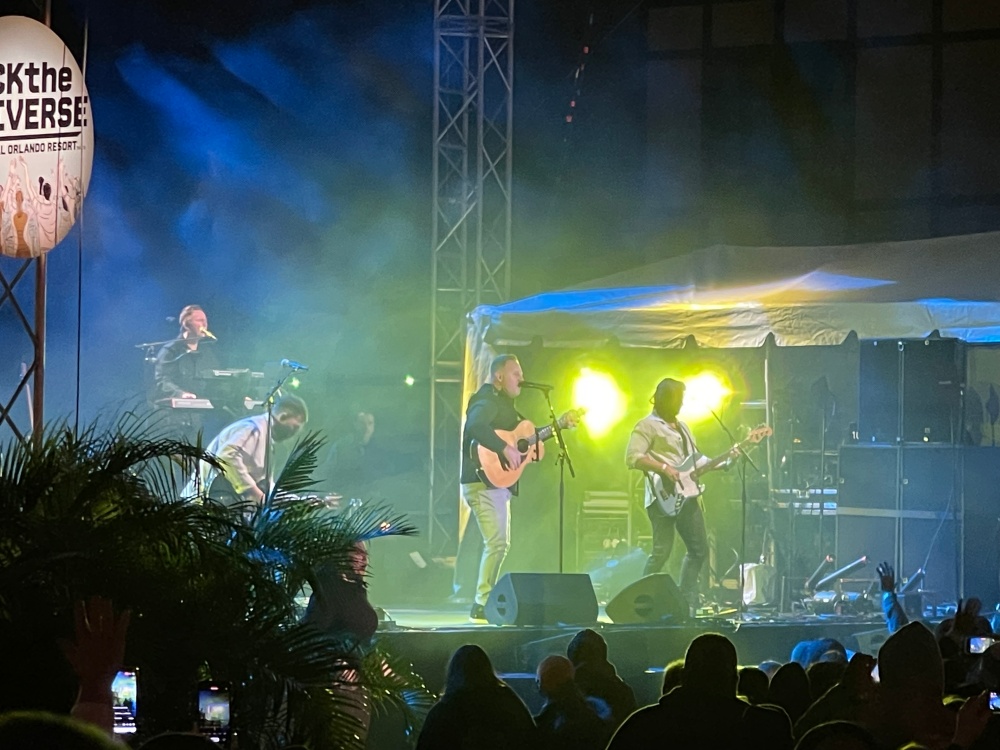 While I was not able to catch every set, I did manage to watch performances from Matthew West, Jordan Feliz and Rhett Walker before bowing out for the evening just prior to for KING & COUNTRY’s set due to the dropping temperatures (average temp was around 60F for the weekend!) and my four children complaining that they were “cold and tired”.  Of the performances I saw Friday evening, I was most impressed with Rhett Walker, whom I had never seen play live before.  With the passing of my wife last year, I have drawn encouragement not only from God’s word, but by music, which has become a type of therapy for me in a way.  Walker’s newest song “All Joy No Stress” offered me just that, a way of seeing light at the end of a long dark tunnel I’ve walked these past five months.

Saturday’s lineup was also one I was looking forward to.  Namely Casting Crowns.  Even though I had seen the band perform over a dozen times since their 2003 debut, they still continue to inspire so many with their heartfelt songs of honesty.  One such song, and one that moved me to tears, is “Scars in Heaven”.  The song served as a reminder to me of the things to come – the things in which my wife now witnesses in the person – a Heaven in which the only scars are the one’s on Jesus’ hands.  Another group I was able to see for the first time was We The Kingdom.  The band has had me hooked since first hearing their single “Holy Water”.  The band definitely impressed me with their lively and worshipful set.  Although I did not get to see all the performances I would have liked to on Saturday, the ones I did see were amazing and I felt a renewed faith upon leaving the park Saturday night. 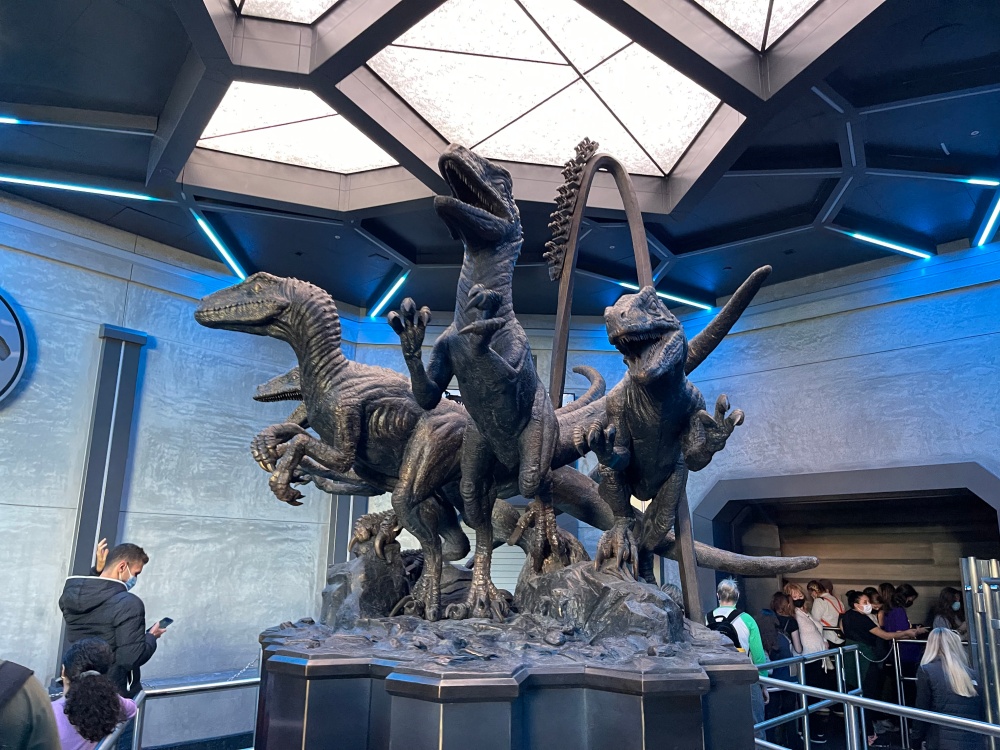 ^ Curious do these velociraptors appear at the entrance of Island’s newest attraction, Velicicoaster

While the music is what brought us to the park that weekend, it was many of the park’s marquee attractions (and new ones) that we loved the most.  My kids are huge comic book fans, so Islands of Adventures’ Marvel area was a huge hit my two twelve-year-olds, Aaden and Zachary.  My older daughter Hannah is a huge Potter fan, so visiting Hogsmeade (Islands) and Diagon Alley (Universal) was the highlight of her trip.  If you have never been to the Wizarding World, there’s two things I would suggest trying: One, Butterbeer.  No, this is not an alcoholic drink, but rather a carbonated butterscotch-tasting soda with a creamy froth.  As a diabetic, sadly I had to limit my experience of that as taking a few sips from each of my kid’s drinks, much to their displeasure!  The second thing – taking a ride on the Hogwarts Express between the parks.  The minutes long train ride between the parks saves walking time between park gates and gives parents a few minutes to unwind!

But, I think the ride highlight of the weekend would definitely have to be Islands of Adventures newest attraction – the Velocicoaster!  As a roller coaster enthusiast who has ridden many of the biggest and baddest steel track rockets – Velocicoaster is not an easy favorite!  Despite the ride’s long lines, it was definitely worth the wait and highly suggested as the first thing you ride if you go to Island of Adventure!

Overall, it was a great weekend.  Rock The Universe did not disappoint, and I would highly suggest that you make plans to attend the 2023 event!  It is definitely a great excuse to visit the Sunshine State and you are guaranteed to have your faith ignited, your soul lifted up and of course experiencing all of the coolest rides around!  Big thanks to the Universal team for having us out for RTU 2022, it was an unforgettable and amazing experience – as always!