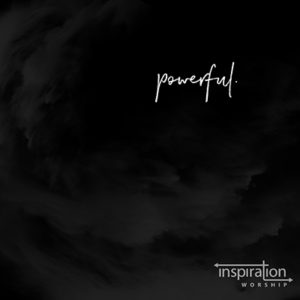 Knowing that you have power through Christ is one thing; allowing that power to flow through you is another altogether. It’s like having your house connected to the electrical grid, but not turning on so much as a single light bulb. No wonder we feel weak and helpless when trouble appears; how can we fight the darkness when we’re surrounded by it? Linda Doane wants to remind us what can happen when we flip the switches and allow Jesus to fill our lives with light and strength. Inspiration Worship’s Powerful encourages us to believe that we are not as helpless as we feel at times. Doane should know; after surviving a six-year on-and-off battle with cancer, her faith still shines brightly.

“Take Me” expresses a desire to give to God as He has given to us – completely without merely paying lip service or having an emotional high masquerading as a spiritual experience. It kind of sounds like music from an old video game.

“One God” proclaims the exclusivity of God and Jesus quite emphatically without being loud or pushy. It kind of lingers in the background like a thrumming pulse ever beating underneath all the other noises. Doane assures us that He is the only way and every other “god” will eventually bow before Him.

“A Scepter And Crown” pictures the horror of the crucifixion in an almost dismissive tone of voice, before proclaiming Jesus’ victory and coming return as King. The contrast between verse and chorus illustrates how little of an effect the enemy’s attempt to silence Him had. A confession of personal cowardice, poor decisions, and wrong influences follows, apparently a comparison between deliberate defiance and ignorant independence.

“Roar” warns us that despite our attempts to justify our sins and conceal them, all will ultimately be revealed in due time. We are the only ones responsible for shutting God out of our lives. We are not defined by our hidden sins, but we can’t keep them from God. Once again, the innocent sound of this song cuts through defenses like an arrow finding its mark.

“I Can’t Fix You” is a very personal track written by Linda and her husband Tom during their daughter’s struggles with anorexia. The song expresses the utter desperation of someone who’s powerless to repair worsening damage in the life of someone they love. Yet there is hope, because God can rescue both of them, the ill and the heartsick.

“Powerful Lie” compares Jesus’ ability to heal with our own helplessness to even do the next thing. If we disbelieve even as we pray, the devil has a foothold in our lives. We can either walk in the power of God or live out a lie. Much depends on our faith.

“The Blood” proclaims the blood of Christ to be that which gives us confidence to live. It is through no act of our own that we are forgiven and restored. Through the cross, Jesus is victorious over death. The chorus’s use of repetition creates the sense of an echo, the kind you hear when something amazes you until you can hear it resonate through you.

“All I Am” describes the state we were in before we surrendered to Him and heard Him declare that we didn’t have to save ourselves. Where the first verse describes pathetic weakness, the second shows our sin nature. Even so, what God did was for us, too.

“Never Let Me Go” is an admission of faithlessness and failure that nevertheless rejoices in the faithfulness of God. He can fix the tasks we’ve left unfinished and proves His sovereignty again and again. He will never let us down.

In “Heaven Reigns”, Doane recalls being imprisoned until Christ unchained her from sin. She now bids complacency goodbye, recognizing that she only needs to make God happy. From now on, everything she does will proclaim the reign of Christ. Sin will neither be tolerated nor celebrated in her life.

“Rise Up” is a call to action for believers to stand up immediately and bring the gospel to the lost, whatever you lose in the process. The problems in this world require more of a response than a well-composed, ear-tickling answer that isn’t an answer.

“You Never Change” crosses the threshold from intellectual belief to heart acceptance of God. He’s more than a rumor or collection of stories. He is alive, active, and powerful, and will always remain the same.

Just like the vast difference between a pitch black room and one with a single lamp lit, so Linda Doane floods our heart’s eyes, which had adjusted to the darkness, with undeniable light. Powerful pierces our pupils, encouraging them to adjust sufficiently for God’s brightness to shine through.