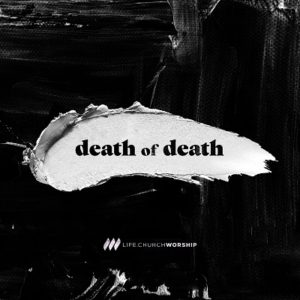 An expansion of Life Church, Life Church Worship released their latest project, Death of Death, on May 3rd. This album is the perfect definition of contemporary worship music. Stylistically, the music is focused mostly on the lyrics which is how worship music should be.

Track one, titled “All Glory”, starts off the album with an upbeat music-focused intro. As soon as the words start, the power of what the vocalists are singing comes alive. “Mercy paid the price, my future came alive.” Those are just a few of the words that are used in this song. The song talks about the fact that all glory goes to Jesus, a very true statement indeed.

Moving right along we have “God So Good” as track number 2. Instrumentally, the songs sound very similar but when it comes to lyrics, they are still just as influential as the first track. “Oh my God so good, you never give up, you never give up on me. Oh the joy I’ve found because of your love for me.” This song talks about the goodness of God in every aspect and how incredible it is that He never gives up on us.

The title track, “Death of Death”, is much slower than the rest of the album. It is a refreshing change of pace from the typical sound of the other songs.“God and man were crucified the day the promised one had died. It seemed that heaven’s love had lost as Jesus hung upon the cross.” These lyrics are so profound and filled with truth with simple instrumentation that does not overpower. The last track is a reprise of this song and is just as good.

Overall, this album has many good things about it as well as some things that were not as strong. Personally, I enjoyed this album, especially “Death of Death”, there was a lot of similarities in the songs but overall it is definitely on my playlist. Check out the new album from Life Church Worship, Death of Death, on shelves now.