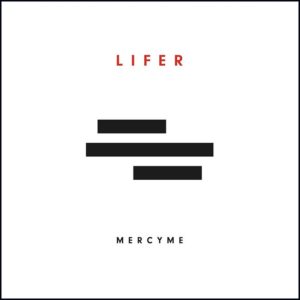 Remaining contemporary and up-to-date without following everyone else’s footsteps, MercyMe has put out another stand-out album.  Lifer, their 9th studio recording, fuses pop, rock and funk with impressive messages to remind listeners who we are and what our victories are in Christ.

The record starts out strong with the title track, adding in funk and rock flavor and catchy grooves reminiscent of a Maroon 5 tune, and talks about living a life for God.  “You Found Me”, about not being the same in Him, keeps with the upbeat feel. “Grace Got Me” slows it down a bit but is still a strong song about the goodness of grace.

“Even If” is the first ballad on the album, a heartfelt beautiful piece with powerful drums woven through and lyrics about God’s presence with us even through turmoil, written after lead singer Bart Millard found out his 15 year-old son was sick.

Getting back into the groove is “Hello Beautiful”, followed by the fun “We Win” and the funky “Happy Dance” that requires the volume to be pumped up.

Winding the album down is “Heavens Here”, a celebration-style song in the vein of Steven Curtis Chapman.  “Ghost”, a simple yet anthemic tune about the Holy Ghost inside us is the perfect ending.

The album isn’t very long, coming to its end at just shy of 35 minutes, but it is enough to prove that MercyMe still has what it takes to be a standout band in the Christian music industry.