NEEDTOBREATHE ‘Into The Mystery’ 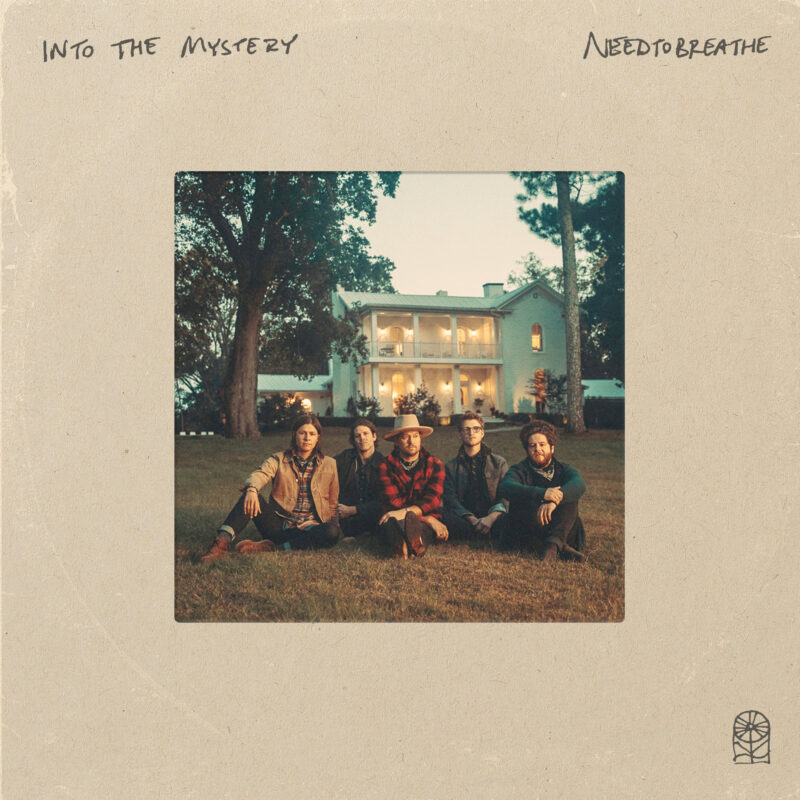 My introduction to NeedToBreathe was back in April 2007 when I saw them open for Jars of Clay at the Electric Factory in Philadelphia. To be totally transparent, my daughter asked to go to the concert, and it was primarily so she could see NTB (I was more of Jars of Clay fan). This concert was between the releases of their debut “Daylight” and their second album “The Heat”, and she managed to get me hooked on them as well. I’ve had the pleasure of catching them live many times since. A particular standout was at the Keswick Theater in Glenside in December 2017 during their acoustic tour where they did a stripped-down version of “Brother” as an encore out in the audience.

“Into The Mystery” is NTB’s eighth studio album, which speaks to their enduring legacy in Christian music. The band is currently comprised of Bear Rinehart (vocals, guitar), Seth Bolt (bass, vocals), Josh Lovelace (keys, vocals), Randall Harris (drums) and Tyler Burkum (guitar), and they continue to make great music that is not only entertaining but spiritually relevant as well. Some albums grab you immediately with the first listen, but this isn’t that type of recording. Recorded during the COVID lockdown, the 12-track album requires effort on the listener’s part to really engage with the lyrics and music. This is not a criticism, as some of my favorite albums required multiple listens to gain an appreciation of what was being offered.

One song that does catch your ear right away is “Give Me A Chance”, which is a great little rocker as an ode to a true love:

She’s medicine to me

Maybe 40 years from now when our hair turns white

“Don’t Throw All Of The Good Things Away” is a slower tempo, quiet song that will leave you in tears. The lyrics talk about a love that sounds like it’s gone wrong. However, they can easily apply to current events where we seem eager to forget about everything that has come before and desire to destroy out past:

“Now’s no time to be

Giving up our history

This house is going up in flames

Am I something you would save?”

“Carry Me” and “I Wanna Remember” featuring Jon Foreman and Carrie Underwood, respectively, are other standouts on the album. Incorporating these two artists perfectly captures how NTB seamlessly bridges between rock/pop and Americana/country while highlighting a Christian theme.

“West Texas Wind” is a perfect way to end the album, showing the conflict between the physical and the spiritual along with highlighting the stress of these past few years. It’s a plea to God with a realization that this place is not our home (thank God!).

“I’m in the shadows of Heaven and Earth

Maybe they should be the same

But my Earthly body is bound and conflicted

And I’m left feeling the pain

This house is not our only home

You can’t protect love with stone

God I know you can hear me

“Into The Mystery” is an album that I highly recommend as an antidote to these pandemic-stressed times. NTB demonstrates that 15 years into their career that they haven’t missed a beat. Can hardly wait to see them when they pass through town again.

About the Author: Jon Fisher