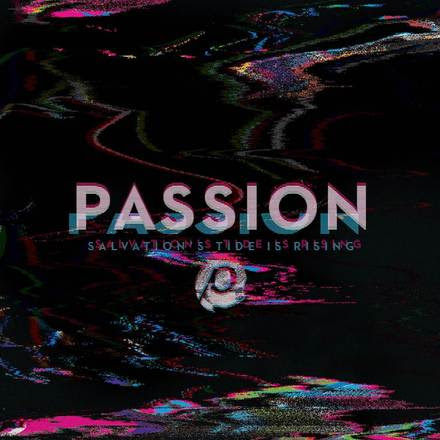 Passion returns with its latest selection of tracks conceived to stir up our desire for more of God’s presence. Salvation’s Tide Is Rising follows in the footsteps of the worship group’s annual series of projects that brings together artists from the sixstepsrecords brand.  Instead of recording the tracks live at the Passion conference earlier this month (where you’re guaranteed lots of loud crowd singalong and cheers), they opted for a studio recording. While they lack the injection of enthusiasm provided by live recordings, studio recordings invite the listener to muse on the subject matter being presented, perhaps encouraging them to respond in lieu of another.

“Salvation’s Tide” calls upon us to be active participants in revival, empowered by the unlimited power of God.  The track uses the imagery of salvation as a massive wave getting ready to crash into our hearts and cleanse us.  Light on drums but stirring nonetheless. “My Victory” presents the paradox that is the cross; an instrument of death that has instead provided new life to those who believe in Jesus. Even though we’re numbered among those who cursed Him, we still share in His salvation. “Remember” is an anthem for those who won’t let their hope be determined by temporary circumstances. Rather, the series of events in history that changed everything – Jesus’ birth, death and resurrection – are the deciding factors. Taking the form of a prayer for strength, it changes to a resolution to recall that He rose and defeated hell’s plans.

“God and God Alone” begins softly and rises in intensity as it declares God’s sovereignty over us and uniqueness. There is no other God except Him, and He is the only one who can save us. With simple lyrics that should make it easy to learn, this song reminds us that all who exalt themselves over Him will eventually bow in submission. “Simple Pursuit” asks God to press the reset button on our lives, clear away all the complexity and replace it with our beginnings. We often find ourselves drifting away from the essence of Christianity – this song calls us home again:

“I Turn To Christ” is a promise to dedicate one’s life to the most important pursuit of all; Christ’s glory. Regardless of anything that happens in the future, can we remain committed to His purposes? Only through surrender.

“Your Grace Amazes Me” liquidly captures the awe of knowing that we have nothing separating us from God’s grace anymore. Despite being a combination of well-worn phrases, the lyrics nonetheless bring the listener to a breathless pause with Christy Nockels’ always-lovely vocals. “All We Sinners” delves into the crucifixion story. It swells like an ocean wave, drawing the listener into a triumphant chorus of celebration that we, though among the wretches, are included in his plan of redemption.  “Surrender” gives over not only the actions both conscious and unconscious of everyday life, it recognizes that we now carry God inside us in the form of the Holy Spirit. The chorus is surprisingly (or perhaps not) simple:

“Good Good Father” rounds out this selection by contrasting the frustrating plethora of conceptions we have of God and truth with the amazing reality. His identity is found in His goodness, while ours are found in His love for us. His perfection is absolute and complete.

Salvation’s Tide Is Rising, in a refreshingly simple way, takes us back to the roots of our hope in Christ; love, grace, surrender. As oft-examined as these concepts are, those who meditate thoughtfully on them will never return empty. Rather, like one who has stood at the water’s edge and let the waves crash over them in their endless dance, they will be revived by its coolness and clarity.