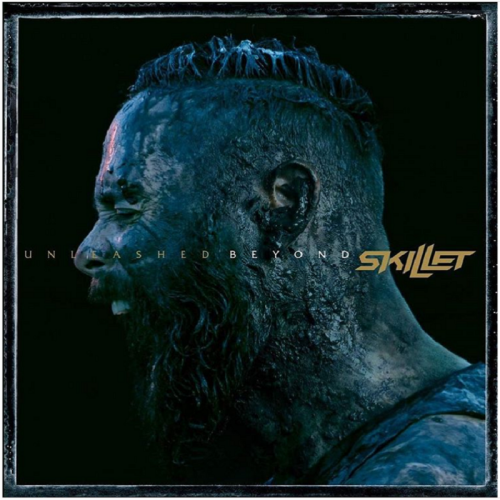 When Skillet released Unleashed in August of 2016, it served as a launching pad enabling the band’s music to reach an even broader audience than previous albums. While some die-hard Panheads may have made comments on how the new music was too “mainstream” or didn’t rock as hard as their earlier efforts, I have to agree to disagree. I’ve been familiar with Skillet’s name for many years and knew songs like “Hero”, “Monster” and “Best Kept Secret”, but I fully admit that it wasn’t until hearing “Stars” shortly after its release as a single that I delved deeper into Skillet’s music catalog and who they are as a band. For someone who has never really given most hard rock a chance, the powerhouse vocals, musicality and especially the lyrics captured my attention and didn’t let go. In my opinion, Unleashed is a fantastic album and Unleashed Beyond takes it multiple steps further adding five brand new tracks and three remixes of songs from the standard edition.

“Feel Invincible” kicks it off, setting the tone for the faith empowering anthems to come. The words boldly declare our strength in Christ as we face down the obstacles and enemies that try to hold us back.

In the same vein, “Back From The Dead”, “I Want To Live” & “Undefeated” continue the theme of being the overcomers that we were made to be.

“Famous” tells of a fearless, unashamed faith and a desire to share that faith & the Gospel with everyone everywhere as we live our lives for the glory of our Savior.

A personal favorite of mine, “Lions”, states that the redeeming power of Jesus enables us to have the courage to stand strong, rising above the challenges & struggles that threaten to steal our hope.

“Out Of Hell” is a solid rock track with vivid lyrics depicting a plea for help to break free from a personal “hell” that is suffocating to the person surrounded by it, recognizing that God is the only One who can truly save them.

The fist-pumping anthem “Burn It Down” encourages us to rid our minds & hearts of the negativity and pain that sucks the life out of us.

“Saviors Of The World” takes a stand against conforming to the darkness and not allowing ourselves to be controlled by the wickedness within the world. Instead, we are to be set apart, reflecting the Light of the Savior, being His hands and feet on this journey.

“The Resistance” is a call to action for believers to come together and stand firm against spiritual attacks, stating the importance of keeping your faith active as well as being a voice for Christ.

The first track for the extended portion of the album, “Breaking Free”, featuring Lacey Sturm of Flyleaf, is possibly the most hard-hitting and edgiest on the collection. The words carry on the theme of fully embracing your faith and belief in the power of Christ that can break the chains of sin and past mistakes that try to enslave us.

“Brave” praises God for His faithfulness and reaffirms that we are not given the spirit of fear, but the Spirit of God which is a source of strength and courage to defeat whatever comes against us.

“Set It Off” tells of the history-altering arrival of Christ to Earth and the significance of His life as it brought salvation to mankind and sparked a spiritual revolution that echoes through time and into the present day.

Remixes of “Feel Invincible” and “The Resistance” give each song a completely different and somewhat unexpected vibe.

The collection closes with the film version of “Stars” that was featured in The Shack. It’s a slowed down, cinematic take on the rendition that many have grown familiar with. As I mentioned earlier, “Stars” is a song that really pulled me in. Even though it has pretty much been everywhere the past year, every time I hear it, the message speaks volumes to me. The Creator of the universe cares enough to have given us a life with a purpose (even when it’s not always clear what that purpose may be) and is more than able to take care of us when everything feels like it’s falling apart.

Strong vocal performances, driving beats and lyrics that are both raw & poetic make Unleashed Beyond an adventurous listening experience that leaves you feeling your faith emboldened and aware of the power & strength of God that gives us redemption and freedom in Him.