7eventh Time Down ‘God Is On The Move’ 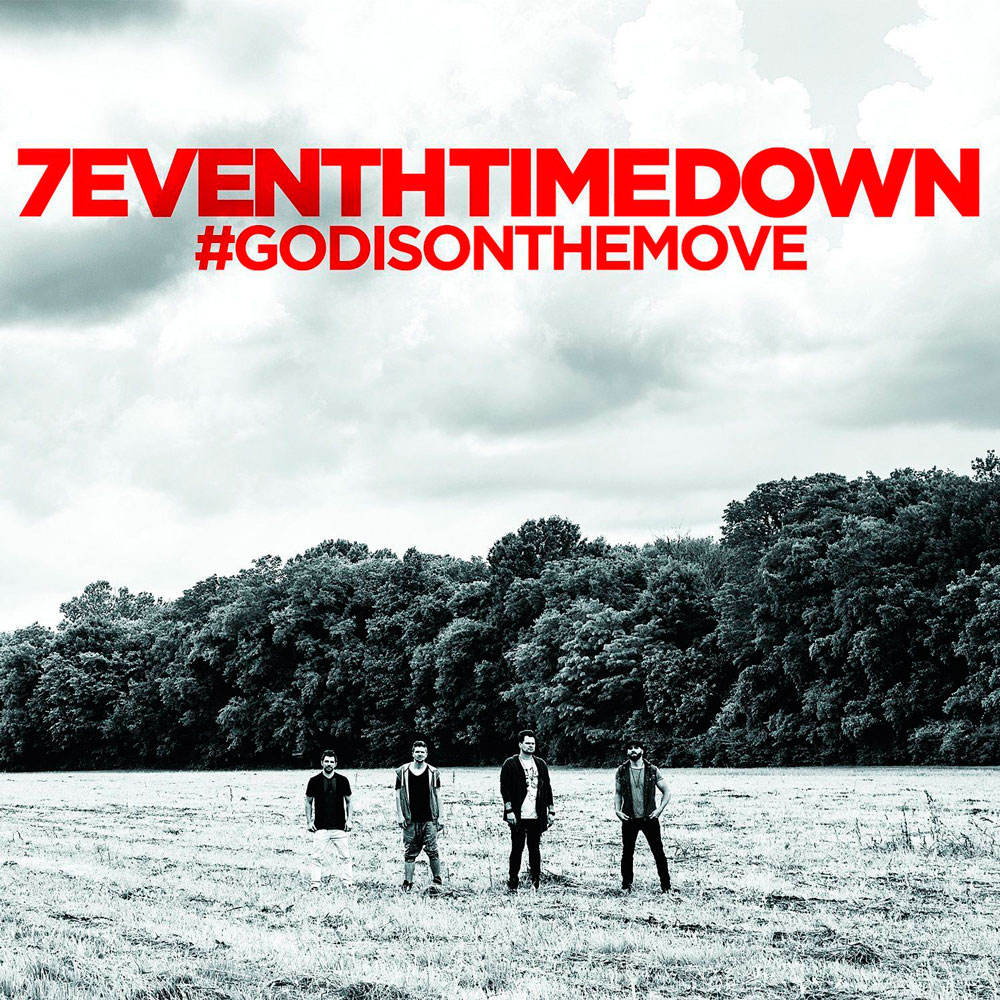 As I was listening to Just Say Jesus, I was wondering when, or if, 7eventh Time Down was releasing new music. The next day, I hopped on the computer to check out the new writing assignments and saw this album and immediately claimed it! 7eventh Time Down is so unique because they create beautiful worship music, but their vocals are on the edgier side with a raw feature about them. In the past, they had a heavier rock sound to them but this album is a bit on the lighter side. As a person who loves rock, I’m surprised to say that I honestly enjoy the change. There are still a few heavier elements incorporated, but it doesn’t sound like just another rock album. I applaud them for switching it up a bit.

With that being said, the lyrics and the newer musical style make for a fantastic album filled with a bunch of fresh ideas and uplifting messages. I want to dive right in to the album and talk about the first, and title, track “God Is On The Move.” The guitar and pulsating drums amped me right up the second they started! Lyrically, I think this song is so important! The song talks about people rejoicing in the everyday things that people go through. My literal thought process was “Why aren’t there more songs like this?” I thought about some other songs that could maybe fit this description for the next two days and still came up with nothing. I feel like a lot of Christian music is about purely praising God or admitting that we are not worthy. Although all of that is true and necessary, it can get kind of depressing after a while. We focus on the big picture in life when really God is taking us step by tiny step to a goal and we completely forget to praise and rejoice in the small things, especially together as fellow Christians. Some of these little, but mighty, acts include “[living] to serve and not be served” or “[choosing] to stand” or even just accepting “the Gospel stirs a searching soul” and starts a new journey. God then uses these acts to build a “generation standing on the truth.”

The overall message is to rejoice in even the most miniscule of things because they lead to bigger and better things for God’s glory. The next track I want to talk about is “Unbelievable.” The moment the lyrics started with the slower guitar pace, I knew I was in for a personal story. I love when a band writes a story that is exclusive to them and their life because I believe listeners are drawn to it and develop a connection with the message that they’re trying to get across. Very simply stated, God’s love is unbelievable. No matter what you’ve done or where you are in life, God LOVES you. Whenever your world is falling, God’s love is right there as a solid ground beneath you. He will NEVER leave you. This is such a basic concept, but by pairing it with a personal story it makes it so much more impactful and easier to apply to your life. To wrap up, I want to focus on “Promises,” the closing track and song that has been widely played on the radio. Most people have heard this tune on a Christian station, but I still want to talk about it. It’s another slower melody, but it has a great clapping beat to accompany the guitar and mellow vocals. This is a simple theme of “[God is] the hope in this life,” but it has such an abundant meaning! You are able to stand on God’s promises and know that He will never let you down. There is no doubt to be had about anything that God has promised because He is faithful to His creation.

I think ending the album on such a positive note with a message that brings you nothing but joy and assurance was absolutely perfect. Even though the album wasn’t exactly the 7eventh Time Down sound that everyone is used to, I think it was an incredible change of things to try something new and make it successful. Between the inspiring and encouraging lyrics and the solid musical accompaniment throughout the entire album, you will not be disappointed. God Is On The Move tells the stories you need to help grow your faith and is another great album to add to your collection.

More from 7eventh Time Down:

Links for 7eventh Time Down: