Blanca ‘Who I Am EP’

Home/Reviews/Music/Blanca ‘Who I Am EP’
Previous Next

Blanca ‘Who I Am EP’ 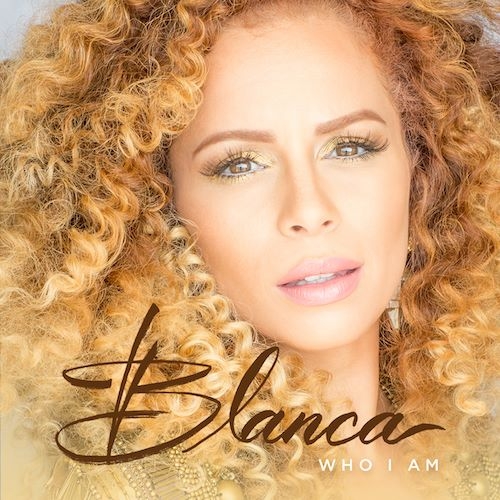 Blanca Callahan (formerly Reyes) has for years been one of my heroes in the Christian music world. Her passionate voice is one that captures you from the start. She sings from reality, from personal pain, joys, and breakthroughs. Her love for a redemptive and compassionate God bubbles from her heart into her music like fresh water into a spring.

The new EP Who I Am signifies Blanca’s first solo release, but she is no stranger to the music industry, having spent a decade as part of the innovative hip-hop band, Group 1 Crew. Fans will undoubtedly notice some G1C similarities, although Blanca has definitely found her own solo style. The title track “Who I Am” is about refusing to accept negativity from others or from ourselves. “Turning down, tuning out every single word that caused me pain.” This light, easy serenade encourages us to look to God for our fulfillment and worth, rather than the opinions of others. Cheerful and upbeat, “Sunshine” has a bit of a tropical beach tone, with lyrics that assure us God will give us joy and hope through the hard times. The chorus states confidently, “Whatever it is I’m going through, I’ll be okay because of You.” Fans of Jamie Grace’s “Beautiful Day” will find another favorite in this track. A perfect song to lighten a rainy day … or to play in the sunshine. Every day we have a choice of how to live.

“Echo” shows Blanca’s desire to live completely for God’s glory, in every way honoring him, living as Jesus would live. This song should echo the cry of every believer’s heart. “Not Backing Down” is the powerhouse track on this EP. Musically and thematically, it’s very similar to Group 1 Crew’s 2012 album, Fearless. The song builds from the slower, diffident verses and works to a bold crescendo in the chorus. The lead female vocals and distinct hip-hop sound also give a bit of a Beckah Shae vibe. 116 artist, Tedashii, makes a dance-worthy cameo on the track. “Different Drum” is a percussion charged track about being in the world, but not of it. Marching to the beat of a different drum. “We’ll keep on moving ‘cause we’re not afraid to stand out.”

Although in some ways, the gradual branching out of Group 1 Crew’s members has felt somewhat like déjà vu of DC Talk, it’s evident that each of them is serving God and expanding their talents in this new season of their lives. (Again, déjà vu …) “Who I Am” is a great intro into Blanca’s solo career and an adequately titled EP. It denotes a humble confidence and a deeply woven trust in the God from whom we derive our identity. I don’t know about you, but I’ll be waiting anxiously for Blanca’s first full-length album.