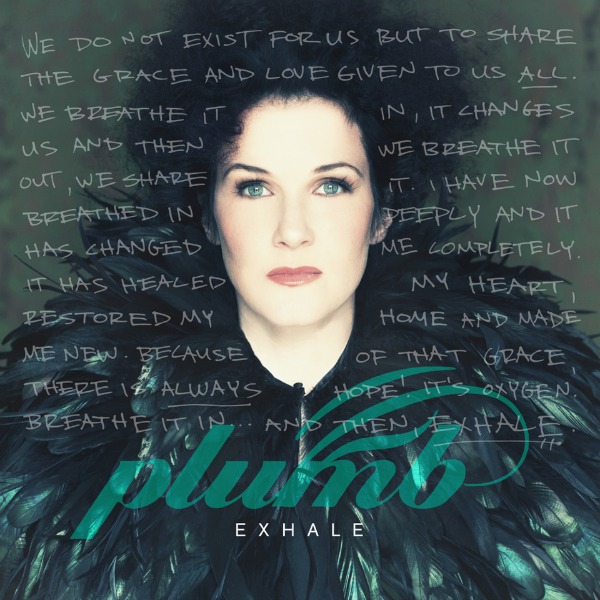 I fumbled with my headphones as I turned on my laptop, opened iTunes and clicked on Plumb’s album. I was all snuggled up in my cozy blanket with my desk lamp turned on. Being a big Plumb fan, I was ready to dive into this album. I hit play and smiled as my ears filled with lovely sounds and my heart filled with inspiration. I don’t know what it is about Plumb’s voice, but I could listen to it for hours. She has such a smooth tone that is almost angelic to listen to. In addition to her powerhouse vocals, this album incorporates a bunch of different beats and instruments as well. There are such small details like a certain piano refrain or a simple string melody, which add the icing on the cake and make the song complete.

Plumb is somehow able to have a great balance between slower, more contemporary songs, while mixing in some more upbeat (like a light electronic pop vibe), and at times even drum heavy (like a For King and Country kind of feel), songs to produce an extremely diverse album in terms of sound and style. There are songs that make me want to frolic around the kitchen dancing, and songs that almost bring me to my knees in tears. In addition to the musical diversity, Exhale is packed full of messages ranging from pure praise and worship, to songs that provide inspiration and hope. I sort of picked up on a story type theme in the first few songs about coming to God, then being ready for Him to take over, and the journey after. I really liked that aspect because I think it’s cool when artists can use their music to tell a story to minister to others. I’m sure almost everyone has heard “Lord I’m Ready Now” on the radio at some point.

After listening to the entire album, I’m still convinced this song is my favorite. It creates a beautiful image in my mind of a broken person walking to the cross, acknowledging their flaws and knowing that they are not worthy, laying down their life and then give themselves completely to Jesus and allow His love to work through them. It’s such a raw song with so much emotion and that’s probably why I love it so much. Another song I would like to highlight is the title track “Exhale”. Not only is it a perfect opening for the album, it’s a great starting place for any newer Christian. The song talks about letting go of past mistakes and how “it’s okay to not be okay.” Plumb’s messages are so real because she realizes that being a Christian is hard work and not a pretty thing all the time. I think having a song like this, where you are honestly seeing your struggles, is so important for people to understand. God doesn’t want perfection; He just wants a relationship with you.

Focusing on a more praise and worship feel, my favorite is probably “Broken Pieces”. It talks about being at an all time low, but still being faithful to God and praising Him for being in the broken places. It’s about focusing on the goodness of God when life gets hard and things aren’t going your way. Remembering “there’s healing in these scars” and God can “make things better than before” because He is able to “speak life over death.”

One more great song on this album is “My True Love”. When I was talking about dancing earlier, this is one of the songs included in that. Not only is it an upbeat song, but it also gives you assurance that you are able to “dance with fear” and still come up on top because you have God on your side. It’s all about God’s love and the freeing power it has when you allow yourself to be absorbed in it. It highlights the assurance that God will “pick the pieces up and make them beautiful” if you give yourself over to Him. Primarily, I applaud Plumb for this album and the amazing piece of work it is. I believe this album to be like a reflection of her personal connection and relationship with God. I feel that whenever I’m low on faith, I can play this album and feel restored. It energizes me and gets me fired up about loving God and living my life for Him.

I highly recommend this album. Plumb is crazy talented and able to create a masterpiece of inspiration like nobody else can. At the heart of it all, she acknowledges “all this is for You, Jesus” and that “[He] always [is] and always [will be] enough.”