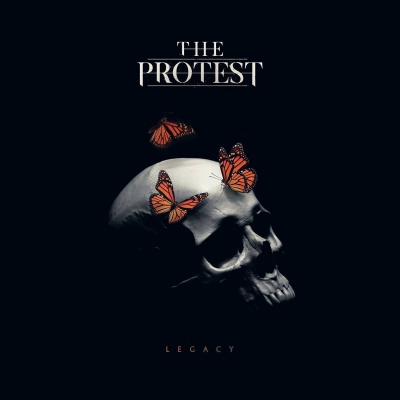 I’ve had the pleasure of seeing these guys live a few times and even hosting one of their shows at my hometown church. I was able to talk with them, pray with them and most importantly, rock out with them. To say they are genuinely kind is a vast understatement. This band is a fantastic group of down to earth guys who just want to love on you and hear your story. Not only that, they are talented musicians who know how to put on a rock show and this album did not disappoint! Going from listening to some of their earlier music, like album Game Changer, it is amazing to hear how much these guys have grown as musicians and people. It was a true joy to be able to review this album.

This album comes bursting through the gates with genuine grit and grunge featuring snarling vocals and smashing guitars in the song “Valor.” That music paired with the lyrical reminder of the Holy Spirit and its power inside of you makes an absolute killer combo. It’s downright nasty, but in a good way. I found myself scrunching my face up and letting out a long, loud “yeaaahhhhhh” while forming the slight beginning of a head bang listening to this song. Definitely a fantastic way to start an album.

The album slows a little with the track “Take My Heart,” but doesn’t lose its power. The song talks about crying out to Jesus in our time of despair. The lyrics and the way they were sung made me feel intense raw emotions. I wanted to come completely undone from realizing how broken of a person I am but knowing the truth of how much God still loves me and wants to have a relationship with me. The guitars and drums emulate the powerful cry – or maybe even screaming at the top of your lungs – to God for help because we can’t handle this life on our own. Then the small touch of slight electronic vibes is like the sugar on top. This song is by far my favorite from the album and I think it’s a beautiful masterpiece.

The album wraps up with the track “Self-Ascension.” The guitar melody is fast and slick to really create a nice beat to follow. Lower vocal ranges are also present in the song and kind of spice it up a little differently than the rest of the album. The song reminds me of an internal battle when facing struggles and setbacks the world presents us with. It’s extremely relatable. Finally, a killer guitar solo acts as a sort of grand finale to the album’s end.

Overall, the album is a very rock solid piece of work. I loved how I could hear little glimmers of vocals and musical elements that took me back to the early days of The Protest throughout this album in addition to all of the new lyrics, music and techniques. It’s like a perfect combination of old and new that mesh together to make wonderful sounds for your ears and wonderful feelings for your heart and soul.

The album is a fantastic example that, despite the popular opinion of Christian Rock being dead, shows how Christian Rock is alive, breathing well and isn’t going anywhere anytime soon, at least as long as these guys have something to say about it. All of the strong beating drums, shredding guitars, powerful vocals and invigorating screams make it impossible to say that rock doesn’t exist in the Christian scene anymore. If you’re a rock fan, I definitely recommend this album as the next one for your collection because it’s one for the books.

More from The Protest: