Elevation Worship ‘There Is A Cloud’ 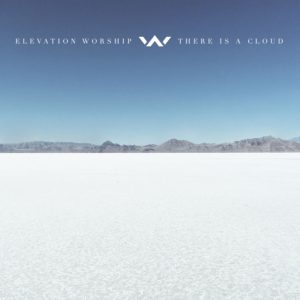 It’s a scenario that plays out over and over again; you turn on the weather report and hear the meteorologist predicting a major storm. So you push the curtains or blinds out of the way, expecting to see thick, dark clouds, driving rain, violent wind, and Vesuvius erupting on the horizon (Okay, maybe not that last one!) Instead, bright blue skies and sunshine greet your view. Heartened, you head out for a day at the beach, only to wind up getting soaked. As you run to the car, you wish the whole way there that you’d listened to the weatherman instead of doing things your own way.

As deceiving as the appearance of the weather can be, how much more the spiritual forecast! When it doesn’t look as though our prayers are being heard, much less answered, we need to stop relying on our own perception, clinging instead to what we have been promised. Elevation Worship’s There Is A Cloud forces us to look beyond appearances to the reality of our situation, as declared by God.

“There Is A Cloud” commences with the quiet rising of waves, assuring us that a downpour from the Spirit is imminent. It has the power to awaken growth in long-dormant seeds if we’ll only take it in. Crashing against the shore and leaping over the barriers, His love drenches us. But wait…there’s more to come!  Rejoicing that Christ has conquered all, “Overcome” pierces the night with hope for a new morning, answering the quiet with our echo of Heaven’s thunderous voice. Nobody can stand up to His power in defiance.  This song’s tempo strikes just the right balance, pulsing with the steady, unchanging truth of His victory. “Do It Again” speaks as one who has yet to see the promised outcome, but knows based on past experience that God will come through as He always has before. The verses have an almost melancholy tone, perfectly depicting a faith that although small, remains strong, like a piece of strong twine. It‘s followed by  “Do It Again (Reprise)”, comprised mostly of the leap of faith taken in the bridge. “Fullness” summons the Spirit as prophecies come to pass and destinies are realized. Rather than passively allowing His actions to explain themselves, we are called to be active participants, longing to receive His love and presence.

“He Is Lord” rests in knowing God rules over the surrounding storm. Just as He previously led us through trials safely, we believe this time will be no exception. Realizing who’s in control silences our fears, because He can handle anything we face. “Yours (Glory And Praise)” combines the slow roll of a piano tide with a recognition that everything orbits Jesus, the only one deserving praise. It’s one of those songs with a chorus that seems as though it could be repeated until His returning without losing any of its passion. Though it clocks in at 7 minutes 30 seconds, you hardly notice when you’re listening and mouthing along in agreement with the words. “Uncontainable Love” interrupts downward spirals and straying, silencing dread and lonesomeness with a love that cannot be restrained. It’s a fast-paced song that’s guaranteed to make you want to dance, or at least wiggle in your seat. “Forever I Run” places us in a posture of submission and emptiness before the Lord, waiting to receive Him. Nothing is held back as His love is pursued once more.

“None” declares that God anticipates and answers prayers we haven’t prayed yet. He looks deep inside of us, seeing the smallest things. Though we cannot pay him back or earn what we have been given through His sacrifice, we will give everything we have for His glory regardless. Nobody is comparable to Him.  The cheerful tune “Grateful” promises not to grumble over circumstances, because our ultimately rests in Christ. What can we be but thankful, when He has delivered us from evil and continues to be our strength?  “Mighty Cross” depicts Christ’s death, emphasizing the strength that the cross imparts to us. It’s a beautiful hymn with a triumphant outlook from beginning to end. In some places, if you’re not listening carefully, or reading the lyrics, like I am, you might miss some of the words due to the loud accompaniment. But you can’t miss the song’s joy. The celebratory “Oh Sing” encourages us to praise our worthy God in song, building in intensity the closer the singers come to the chorus. No evil power can withstand the power we unleash when we worship the Lord.  “Here In The Presence” slows to a crawl for the final reassuring  word: Jesus is with us, even when we feel like we’re all by ourselves. We lay all the weight we once bore on Him, and rest near the cross when we’re overwhelmed by the heaviness of the world. It offers the same hope we’ve found to anyone who’s listening – we can find comfort and peace in His arms.

It all comes down to this; will we believe what God says about our past, present and future? Or will we remain hampered by our own inaccurate perceptions? Though we may struggle to believe something that seems too good to be true, He still reaches out to us, eager to prove us happily wrong. There Is A Cloud casts our gaze towards the horizon, where hope appears as a thread of mist, quickly expanding to cover the sky, bringing rain to a thirsty soul.