Decyfer Down ‘The Other Side Of Darkness’ 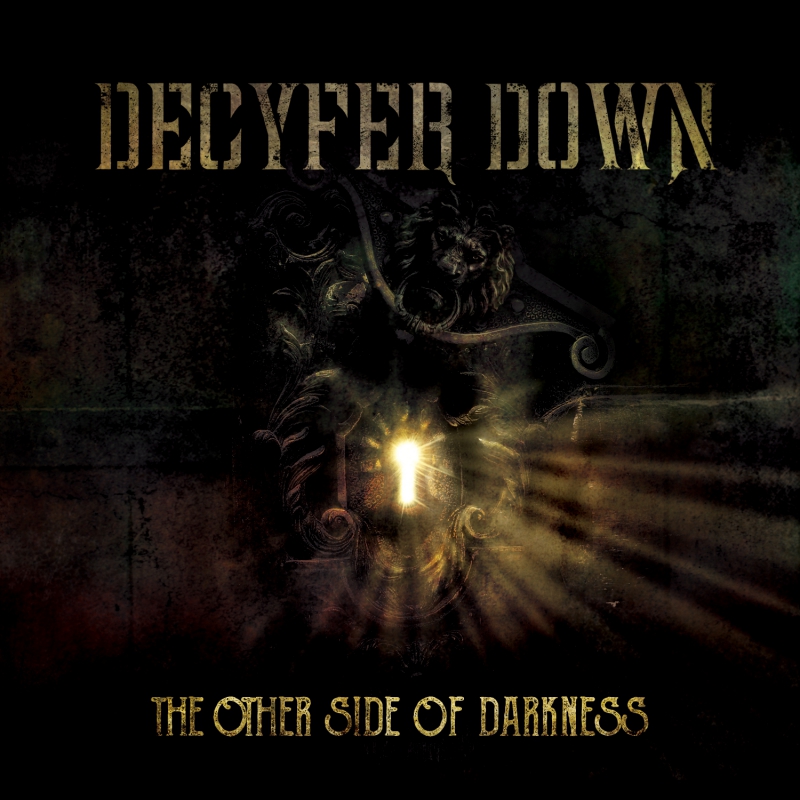 I have to honestly admit that although rock is my favorite genre, I had to lessen my hopes of there being a true rock album being released in the Christian Music industry before starting this review. You can only imagine the smile that continued to grow on my face as I listened to the first track of the album; my ears dancing at the sound of smashing drums and ripping guitars (especially in the smashing outro), tears of joy close to streaming down my face, and my brain exclaiming that rock is not dead, it is alive and well. I am SO happy to announce that Decyfer Down’s newest album, The Other Side of Darkness, can help you recover from those lack-of-real-Christian-Rock blues. The saying about good things taking time to create must be true, since it has been 3 years since their previously released album, Scarecrow. But no need to fear! If you are looking for a heavy, gritty, rock album with messages and lyrics deeply rooted in spiritual growth in living a life in relationship with Jesus Christ with bits and pieces of plain honesty about life, then you have reached your destination, my friend.

As I said, the first track comes bursting right out of the gates with power. This pattern continues with a vast majority of the tracks on the album. Like every amped up adrenaline rush, there has to be a period of mellower feelings. The Other Side of Darkness is no exception to this idea. “Burn Back the Sun” highlights the softer, smoother vocals along with calmer guitars and light percussion to really bring home the message of Jesus’ honest and passionate love for us.  Another song, “Lifetime,” features the slightest inclusion of string instruments to add musical diversity along with lyrics that I have decided are open to interpretation; either illustrating the love and commitment to be there for somebody as a friend or as our want and desire to spend time with our Savior and to learn more about His love for us. While the slower melodies are a nice touch, the core of the album is plain hard rock goodness.

One of my favorite tracks off of the album is “Anchor Me.” The song starts off kinda washy that breaks through with hardcore guitar shreds and smashing drums and cymbals. My favorite aspect of this song is the fact that it is all about God’s goodness but has a rock musical sound and is not a traditional piano praise type of song. With these quick guitar rhythms are lyrics that talk about feeling and acknowledging Jesus’ presence in our lives and the way that impacts us. Along with the great message are vocal variations of borderline screams and rough whispers. One of the best parts of the song is the haunting outro that really drives home the rock feel.

Another great song to focus on is “Dead Skin.” I am a very visual person and I like when words (or in this case lyrics) paint a vibrant picture. Once you get through the mechanical-sounding introduction that leads into hard rock punch in the eardrums, the lyrical chorus uses imagery to help give the message another level of depth. The core message of the song can be applied to any sort of negativity in your life that you are able to get rid of. In this instance, I believe it to be either a toxic influence or maybe even the work of Satan himself when the chorus is sung; “I will never believe it, the lies that you’re feeding. I’m shedding you like dead skin.” The metaphor of shedding someone or something negative in your life to me, is such a refreshing visual and demonstrates the physical aspects of getting rid of that extra weight that brings you down.

Overall, The Other Side of Darkness should bring joy to any fan of Christian Rock music and any music lover who enjoys well-crafted lyrics. The album showcases every aspect of the classic rock sound but also includes small breaks of deeper, slower songs that soothe the soul. Along with the musical diversity, the songs are filled with lyrics that are relatable and emotional. I highly recommend purchasing this album if you have been let down by the Christian Rock scene lately like I have. Decyfer Down has shone some light on the rock scene we believed to be slowly dying.