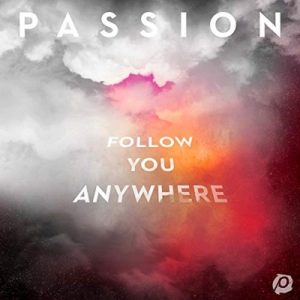 You’ve probably heard this question before, or, if you’re a parent, asked this question of your kids; “if ____ jumped off a cliff, would you jump, too?” This age-old question typically follows a request to do something dangerous or morally questionable because so-and-so is doing it. The expected answer is supposed to be “no”, no matter who suggested the idea, and if it’s a young person unwise in the ways of the world doing the asking, that’s probably for the best.

But if Jesus is calling you? Whole ‘nother story. When He asks us to follow in His footsteps, we can be certain that He will take care of us every step of the way. So even if the road leads through fire and flood, over cliffs and underground, all reservations we might have had are extinguished by His presence. Passion’s Follow You Anywhere reminds us why we need not hesitate to grasp Jesus’s hand and go wherever He takes us.

“Welcome The Healer” throws open the door to Jesus, desiring that He manifest in whatever way He wishes, with the promise that we won’t stand against anything He wills. Everything we have set up in His way is toppled over.

“Lift Up Jesus” joyfully declares the name of Jesus to be the only one that inspires worship and love, a desire  for which a single reason cannot be narrowed down – there are too many! He is victorious, and by His victory, we are liberated.

“Behold The Lamb” observes the slain lamb of God and thanks God that He sacrificed His son for our redemption. He was willing to die for those who cursed Him. When we see what He has done, we know that He has conquered all and is worthy of our praise.

“Follow You Anywhere” declares willingness to go wherever Jesus leads, citing both personal experiences with Him and the truth of His sacrifice. It doesn’t matter where or what we have to give up along the way, there’s nothing better than following Jesus.

“Fade Away” rejects anything not of Jesus. His is the only voice we listen for, His life the only source of strength we draw from. If there is anything left of the old, we long for Him to destroy its hold on us. The song finishes with a verse from “Turn Your Eyes Upon Jesus”, which changes the song’s focus from a prayer to encouraging those present to think upon the Lord.

“Hundred Miles” acknowledges that our simple praises to God make every other song pale in comparison, no matter how long and involved they might be. None are like Him, therefore we cannot refrain from praising Him.

The expectant “More To Come” recalls the miracles God has performed in the past, such as splitting the Red Sea and raising the dead, and believes that these works are only the beginning. We are placing everything in His hands and trusting Him implicitly.

“Bigger Than I Thought” discovers that God is greater than we believed He was. We don’t have to worry that He might not be up to taking on our difficulties, or bargain with Him to get what we want. He knows that we’re trying to believe and is willing to strengthen us when we struggle. All we have to do is take refuge in Him and trust Him with those things we cannot handle.

The triumphant anthem “It Is Finished” declares that Jesus’ death on the cross demarcated the difference between before (doomed sinners) and after (redeemed children). Nothing else need be done because His victory is complete. Everything submits to His eternal victory.

“Yet I Will Praise You” concludes by vowing that even the darkest of circumstances cannot compel anything but praises. However long the darkness, however desperate we become, nothing will deter us from believing God is still good. The song reminds us that not every individual story needs a happy ending now, because the greatest story of all has the most triumphant conclusion ever.

Whatever the journey means – casting off remnants of the past, trusting that everything is taken care of, looking past the darkness to catch a faint glimpse of light – with Jesus in the lead, these tasks go from impossible to impossible to resist. Passion has woven a thread of unwavering faith into every circumstance. Follow You Anywhere lives up to its title, moving from glory to trial, from despair to hope, unwilling to let go of Jesus through it all.