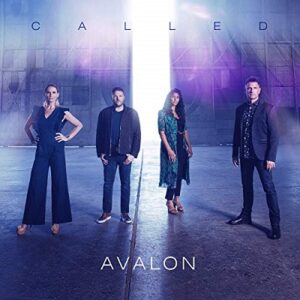 Longtime listeners of contemporary Christian music were thrilled to learn that after nearly a decade apart as a group, Avalon announced that founding members Jody McBrayer and Janna Long as well as Greg Long & Dani Rocca had reunited with new music on the way. The group’s first release with Red Street Records, Called, offers 10 new tracks that feature a sound that is distinctly Avalon.

The title track, “Called” opens the album with an anthem calling believers to be set apart from the world and use their time on earth to share the Gospel of Jesus, pointing as many people as possible to His saving grace.

Lead single, “Keeper of My Heart” recognizes Jesus as our Savior declaring a bold trust in Him & a willingness to surrender all with the assurance that He’ll walk with us through everything and hold us close in our darkest moments.

“Only One” states God’s sovereignty and redeeming power of Jesus as the lyrics reaffirm that He is the only true King worthy of our praise and devotion.

“If Not For Jesus” tells of the significant difference that a relationship with Jesus made in the life of a believer granting freedom from sin, unfathomable mercy and hope.

“Glitter and Glory” warns of the disillusionment & empty treasures that this world offers. Fame, wealth, material things mean nothing when all is said and done. Instead, we should fix our eyes on Jesus & His glory; striving towards the eternal riches that only He can give.

The worship ballad “Just Can’t Stop My Hallelujahs” gives all praise and honor to the Lord. A fitting closure to the collection as it directs all focus heavenward.

After such a long hiatus as a group, Avalon’s return is sure to please not only their fans, but draw in new ones as well. However, it is clear that the mission of Called is not to gain fans. Instead, it firmly establishes the majesty of our Heavenly Father and gives us songs that serve to create a praiseful experience.