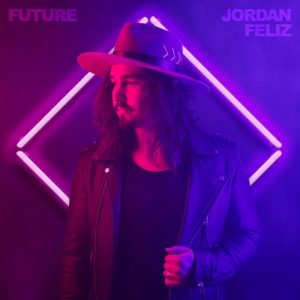 Jordan Feliz is one of those artists that sort of came out of nowhere and keeps climbing his way to the top of the charts with each new radio single release. “The River” was the first to hit the radio and I swear I heard that song played just about every single hour on every contemporary Christian radio station. Next “Beloved” came dancing in to a new tune with a beautiful message to remind us that God loves all of us. His two hits are such different songs but they’re both so good and really speak to the soul. Then after hearing his latest release, “Witness,” a catchy tune that rejuvenates your spirit, my expectations went through the roof for his second full-length album. I’m super excited to dive in and see what Future has to offer.

The album leads in with the single “Witness” and carries its snaps and claps right along in the first few tracks up to “Faith,” a more modern take on the classic saying of “You just gotta have faith.” The music is mellow, slow and tame, creating a welcoming and comforting environment to bring your broken and weary soul. The song includes some classic Christian images, like oceans and mountains, to give it a homey and familiar feel. It reminds you that sometimes it doesn’t make sense, but God knows what He’s doing and we don’t, so we just have to believe and have faith that it’s going to work out and we are going to make it through.

Soon after we get to the title track of the album that opens with some more of that snap clap pattern. It is upbeat, catchy and makes you want to shake off your worries. The lyrics remind you that God is in control and He has a plan. This is the first song to include some noticeable vocal variation (also seen later on in “That’s the Life”) so that was a nice touch and showcases Jordan’s vocal range. Your mind wonders along with the chorus “why live in worry, why live in fear?” to make you think about what God has in store for you no matter what your future looks like.

The album starts to come to a close with “My Shelter,” but you wouldn’t know it because this song is pumped full of tunes that you just have to start moving to. I was sitting in my chair tapping my foot and moving side to side as I listened to it for the first time.  The little guitar tune in the chorus is refreshing because it’s something different than claps, snaps and electronic pop sequences. The song talks about how God serves as our shelter when we are weary or need protection from the storms of life and we should run to Him when we find ourselves in need.

Overall, it’s an upbeat album that covers the basics of the Christian faith well. It’s a feel good album that avoids deeper, more complicated struggles that happen in life. For some that may be refreshing and what they’re looking for. For me, I’m craving some raw emotion and uniqueness, which I only really find in one song on the album (“180”). Almost everything about this album is Christian radio single cookie cutter format, from the snaps and claps literally in almost every song and the common poppy, upbeat vibes. For me, it’s missing a wow factor.

But with all of that being said, the album does include important truths and messages about God in an upbeat and positive way. It reminds us of the love He has for us, the forgiveness He hands to us, and the future that He has planned for us.